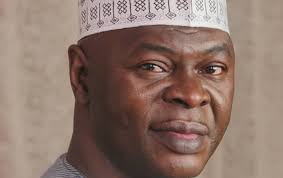 Son of a former Governor of Kogi State, Ibrahim Idris, Abubakar Ibrahim, has been expelled from the party for alleged anti-party activities.

Abubakar Ibrahim is also a governorship aspirant of the People Democratic Party (PDP), in the November 2019 gubernatorial election in the state.

The younger Ibrahim’s expulsion followed a directive of the state executive to the Disciplinary Committee set up by his home PDP of Icheke Ward in Omala Local Government Area to explore charges against him.

The party’s executive also wanted his father, former Governor Ibrahim Idris to face similar fate from the national Board of Trustee of the which he belongs to.

Abubakar had, however, in a swift response, said the supposed expulsion was a political gimmick to arm-twist him from stepping down his case at the Supreme Court where he (Abubakar) is challenging the winner of the gubernatorial primary.