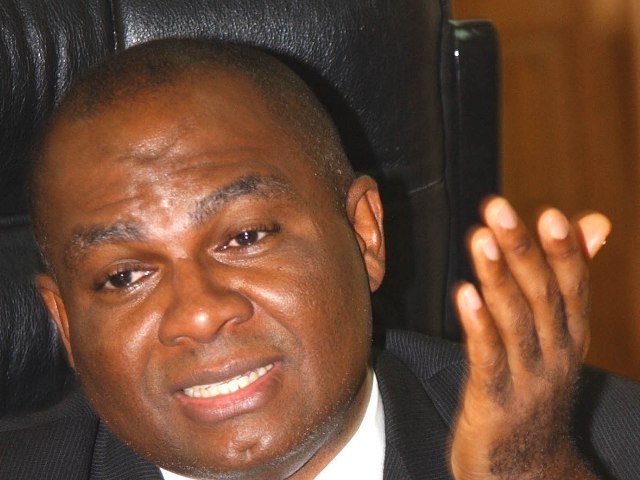 Nnamani, who is a Senator-elect, made this known in a statement on Sunday.

The senator-elect said he remained grateful to Ugwuanyi for supporting him through his journey to the Senate.

He said: “I am grateful to my governor for the opportunity to rejig my political career.

“I owe him a lot of gratitude for the opportunity to serve my fatherland.’’

Nnamani, however, distanced himself from any political godfather’s role, stating that “Ugwuanyi is the political leader in practice and Head of the Ebeano political family in Enugu State’’.

He commended Ugwuanyi for the developmental strides in the state and urged him not to rest on his oars in taking the state to an enviable height.

The former governor enjoined politicians and citizens to rally round Ugwuanyi in his commitment to bringing holistic development to the state.

He also commended the efforts of President of Ohanaeze Ndigbo, among others.

On his role as a lawmaker in the 9th National Assembly, Nnamani restated his resolve to serve faithfully for the advancement of the Nigerian project, to engender peace, unity and development.

He said he would do everything within the ambits of law to work for the emancipation of ordinary Nigerians.

He promised that as a senator of the 9th Senate, he would focus on poverty alleviation, employment opportunities, fair and equitable distribution of national resources as well as promoting the manufacturing sector. (NAN)

JAMB says no candidate has more than one UTME result