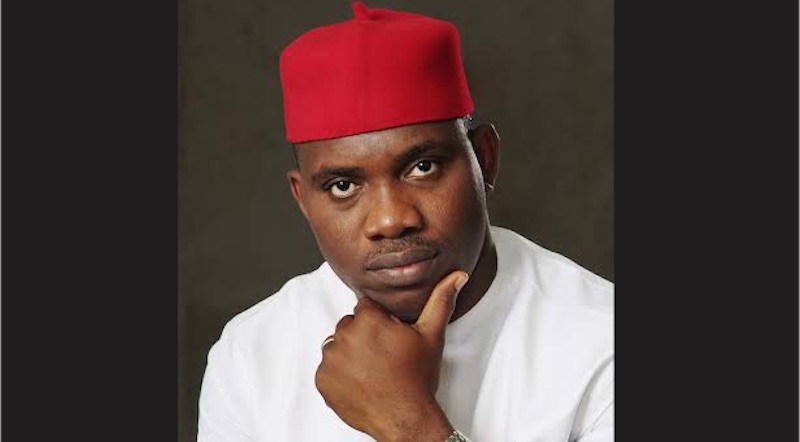 A former Secretary to Ebonyi State Government (SSG), Prof. Benard Odoh, has advised politicians and other stakeholders not to throw the state into anarchy.

The former SSG gave the advice at a media briefing in Abakaliki on Wednesday.

He appealed to Ebonyi state youths to eschew violence during February 23 Presidential and National Assembly elections.

Odoh, while reacting to the wave of pre-election violent attacks that spread across some communities in the state, said that such development was capable of throwing Ebonyi state into a state of anarchy.

“The attacks, killing and destruction of buildings and other property of fellow citizens of Ebonyi state ostensibly to settle political scores are quite unacceptable and uncalled for because we are just one people with a common destiny.

“Violence in any form or degree should be condemned and I am joining the rest of well-meaning citizens of the state to condemn the attacks, killing and destruction of property in the state.

“We, as politicians should strive to make the coming elections peaceful, credible, free and fair, caution our supporters and followers against indulging in acts of violence,’’ he said.

Odoh, a chieftain of the All Progressives Congress (APC), noted that the continuous peaceful co-existence of Nigerians was more important.

The former SSG, who urged the police and other security agencies to fish out perpetrators of the violent attacks against innocent citizens, said that Nigeria’s peaceful co-existence was more important than the victory of any political party.

Organ harvesting: How Ekweremadu, wife lured me to UK –…

Odoh, a former lecturer at the Nnamdi Azikiwe University (NAU), Awka, explained that peaceful election was an antidote to bad governance and called on Ebonyi state people, especially the youth to eschew all forms of anti-democratic conduct.

He said that he recently addressed youths and elders of his Ezza nation at a stakeholders’ meeting on the need to shun any form of violence before, during and after the elections.

The former SSG said his aim was to encourage his people to conduct themselves peacefully, go out and massively vote for candidates of their choice.

“The best thing that can happen in this election is that we have peaceful and orderly elections.

“We don’t need to lose anyone because of these elections since it is about voting in capable candidates that can deliver on their campaign promises.

“It doesn’t require violence and I believe that if we have a free and fair process, anyone who will have lost will gladly congratulate the winner while the winner will also be magnanimous in victory,’’ he said.

The pre-election violence attack erupted in Ebonyi state on Friday and Saturday February 15 and February 16, leading to destruction of more than 30 buildings in Izzi Local Government Area and other communities. (NAN)

Awkachieftain of the All Progressives Congress (APC)former lecturer at the Nnamdi Azikiwe University (NAU)former Secretary to Ebonyi State Government (SSG)peaceful election was an antidote to bad governanceProf. Benard Odoh
Share

Organ harvesting: How Ekweremadu, wife lured me to UK – Victim