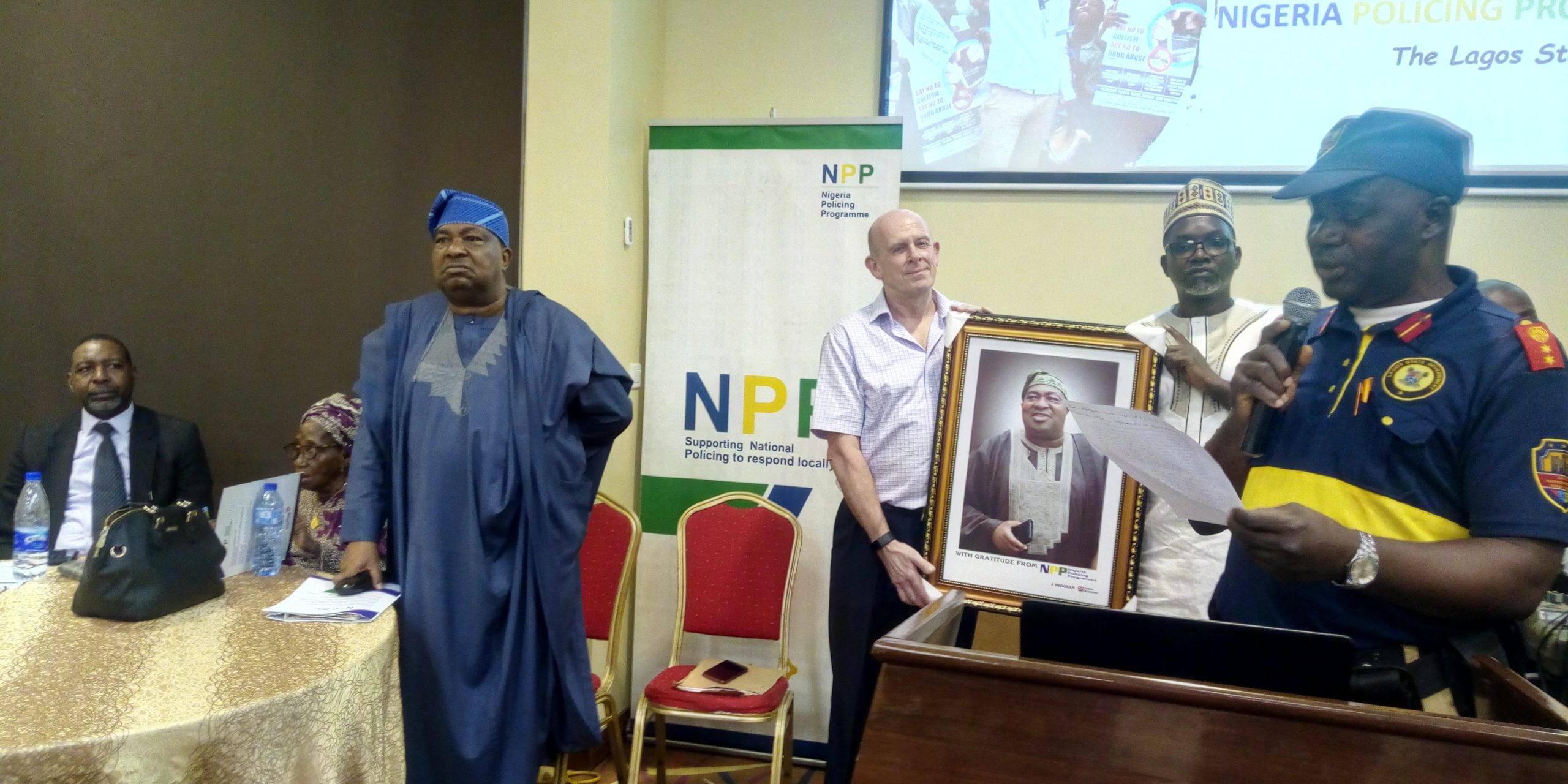 A former Deputy Inspector General of Police, Mr. Isreal Ajao (rtd) has decried the rot in police colleges and training schools in the country, calling for an overhauling of the system to meet changing security needs.

Ajao who was speaking at the Closing-Out and Award Ceremony of the Nigerian Policing Programmes (NPP), in Lagos State recently, argued that if the growing security challenges in the country must be surmounted, training and retraining of officers must be taken serious.

The DIG, who is the Chairman of Lagos Neighbourhood Safety Corps (LNSC), also admonished policemen to in spite of the challenges encountered on the job, act in line with their rules of engagement, while also prioritising human rights in their dealing with Nigerians.

Speaking at the occasion, Mr. Ajao who applauded the intervention of NPP in enhancing police performance and that of other law enforcement agencies in the country said,  “If we want to be serious with ourselves, then we must continue to dialogue on the way forward.

“I was a Policeman for 33 years, and I cannot stand here to pretend that all is well in my primary constituency.

“Not necessarily because the Police is not there to police Nigeria, but because there are inherent problems; legal problems, historical problems, inherited problems, self-inflicted problems, the ones we cause ourselves, abuse of human rights here and there.

“When I was in service, I used to say to officers and men that the best Public Relations Officer (PRO), for the Police is an average Policeman.

“No matter the English your Police PRO speaks, once a Policeman at a checkpoint or at a stop and search misses it, forget all that the PRO will say, after sometime, people won’t even listen to anything.

“So, in-house, we must look at ourselves, are we doing what our masters, Nigerians have employed us to do?

“I am sure majority of Nigerian Police officers are toiling day and night to ensure that there is security of lives and properties but then the challenges are there.

“It does appear that the challenges are mighty but they are not insurmountable and that is where the NPP comes in.

“If we develop our capacity as individual Police officers, individual law enforcement officers, to deliver on our mandate, there is no way at least we will not be seen by the public to be working in their interest.

“If that capacity building is lacking, there is very little the man can do. Even if you have labourers in your farms and you don’t develop the capacity of those labourers, at the end of the year, you are not going to get anything from the farm.

“I don’t know what the situation is now but in the years gone by, training was just for the asking. I remember we could not come in as a Cadet Inspector of Police without passing through a training in England.

“Passing through such training  in England was part of the requirement to come out as a security expert not to talk of Cadet Assistant Superintendent of Police (ASP). “But what we have now is that all the Colleges are moribund, teaching aids are not there, facilities are not there but it is not a hopeless situation, and that is why I must congratulate our brothers and sisters in the NPP.”

While also advocating for community policing as the preferred strategy to tackle security challenges in the country, Ajao said the success story of LNSC remains a perfect example in this regard.

He continued, “Lagos Neighbouhood Safety Corps is a brand new baby in law enforcement and it is just to complement the Nigeria Police, to help, to bridge the gap that exists between the neighbourhoods, the communities, and the people that we are to serve. That was an opportunity given me and I have been doing it.

“In Lagos today, if anything goes wrong in the 57 Local Government Areas and Local Council Development Areas, I get to know.  There is no magic about it, it is because of intelligence gathering.

“There is no magic about policing. That can be adopted all over and I am quite sure that most of our problems will be solved.

Earlier in his remark, the Deputy Operations Officer of NPP, Idris Bawa, said the two-year programme which was a support from the British Government, was aimed at supporting National Policing to respond locally.

“ NPP aimed at contributing to a situation where the NPF and other policing providers in target states and targeted accountability mechanisms, are perceived to be more capable, accountable and responsive by key stakeholders,” Bawa stated.

On the achievements of NPP,  Bawa said: “ NPP had set up the Community Safety Partnership ( CSP), which has provided opportunity for broader community engagement with police in tackling safety and security issues in the pilot divisions. It has facilitated the creation of the Stakeholders’ Forum on Police Accountability, which is a unique model set to foster partnership between the police and CSOs to promote accountability.

Similarly, in his appreciation to NPP, the Coordinator of the Stakeholders Police Accountability Forum, Okechukwu Nwanguma said:  “ The relationship that existed between the police and the community had not been cordial. It was that of distrust and mutual suspicion. But  NPP has created mutual understanding of both parties. They have also reconciled Civil Society Organisations (CSOs), with the police, and accountability has been enhanced. ”