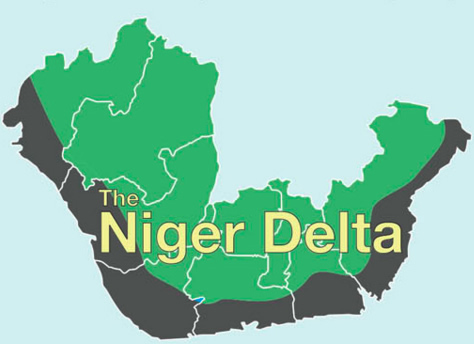 Environmental Right Action/Friends of the Earth, Nigeria (ERA/FoEN) has urged the Federal Government to declare a state of emergency on Niger Delta environment to end gas flaring in the region.

He said that the Federal Government should delineate the Niger Delta as ecological disaster area, establish a cleanup and remediation fund for the cleanup of the region to address the severe impacts of oil operations on communities and the environment.

Ojo said that Nigeria could survive without oil by investing in renewable energy sources.

“Government should immediately divest public finance, loans and subsidies from fossil fuel exploration and channel such as resources to investment in renewable energy sources to improve energy access for all.

“Government should decentralise energy production and supply system through an energy democracy transition model that allows communities and individuals to be co-producers of energy as well as suppliers as end users,” he said.

Ojo said that the vision could be achieved through mini-grid, feed-in tariffs, and off-grid system to promote environmental sustainability and generate green jobs that were environmentally-friendly.

The director said that Federal Government should dedicate a percentage of the national annual budget for research, developments, production and supply of renewable energy systems to improve solar energy access that was currently low in the country.

He urged the Federal Government to be courageous to ban diesel and petrol generator sets in ministry, departments and agencies and use the funds to provide solar energy systems for the offices.

“Government should also set a deadline to halt the importation and use of diesel, petrol cars and other means of transportation to achieve the 2030 environmental target and save Nigeria from being a dumping ground for obsolete cars from industrialised countries.’’

He said that government should demonstrate seriousness on environmental protection and establish a cleanup and remediation fund of 100 billion dollars for the cleanup of the entire Niger Delta to restore the environment and sustain rural livelihoods.

Mr Mike Karikpo, a member of the group also called on journalists to investigative the extent of the OGONI cleanup exercise before putting anything to the public domain.

Karikpo urged journalists to know the sites for the cleanup, find out if the standards set for the exercise was in place so that neighbouring communities would not suffer from the pollution caused waste dumped for them after the cleanup.

He said that Shell Petroleum Company should be withdrawn as member of the board of committee in the cleanup of Ogoni because as the pollutant, it would speak in the company’s favour. (NAN)