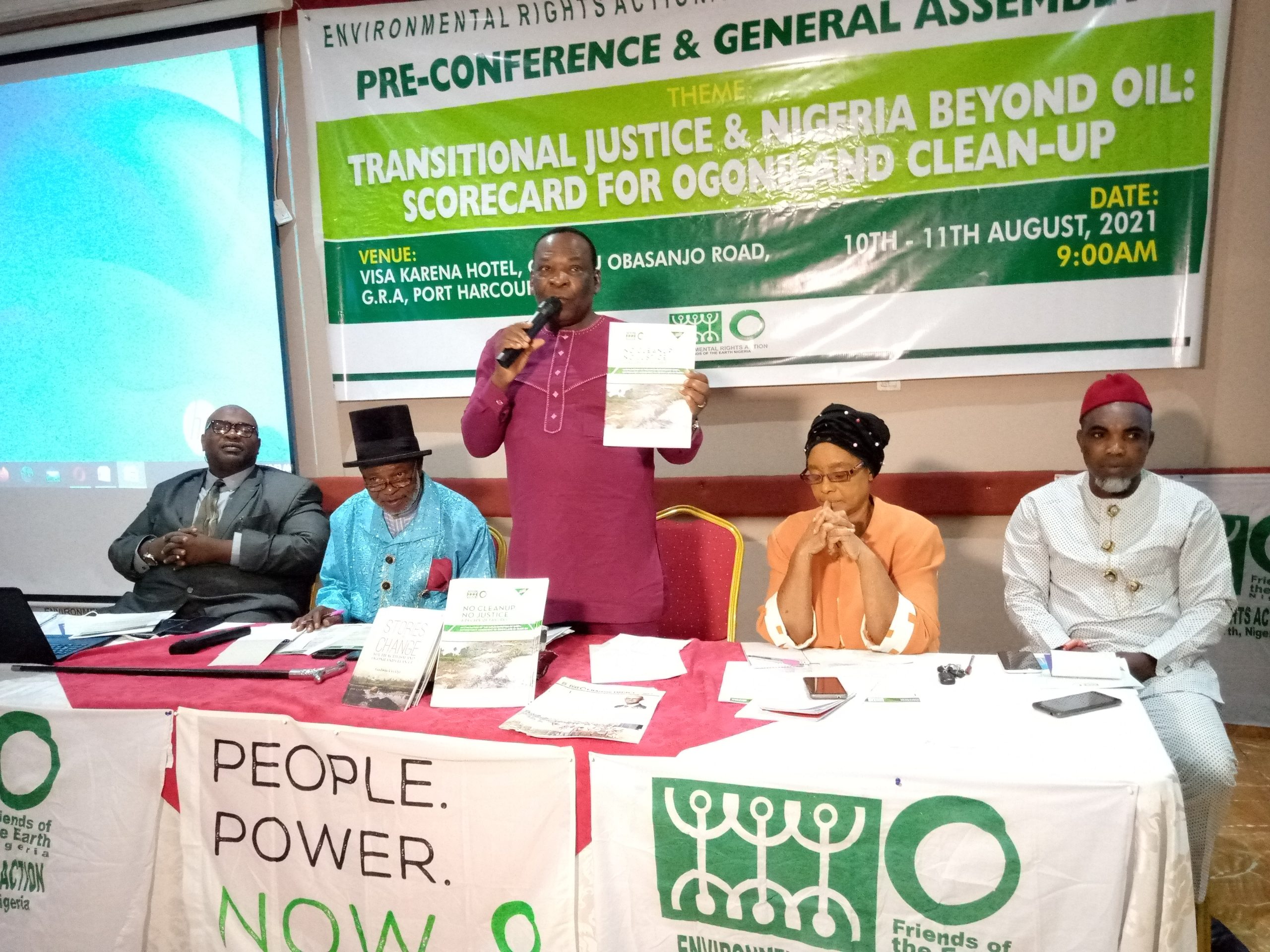 The Environmental Rights Action/ Friends of the Earth Nigeria (ERA/FoEN) has urged the National Assembly to conduct oversight visits to Ogoniland cleanup sites to unravel the true state of the exercise.

This was the group also called for the removal of Prof. Philip Shekwolo as the acting Project Coordinator of the Hydrocarbon Pollution Remediation Project (HYPREP),  insisting that being a senior member of Shell, Shekwolo should have no place in the HYPREP undertaking the cleanup of Ogoniland pollution earlier caused by Shell.

The call for the sack of Prof. Shekwolo was contained in the recommendations made by the ERA titled, ‘No clean up , no justice: a decade of failure’.

ERA disclosed that Prof. Shekwolo was the Head of the Shell team charged with the cleanup and remediation programme for over 15 years, saying “many of the sites being cleaned today had supposedly been cleaned under the supervision of Prof. Shekwolo.”

Speaking, the Executive Director of ERA, Dr. Godwin Uyi Ojo, said “the implications of Prof. Shekwolo taking over as Acting Project Coordinator of HYPREP is an indication that Shell is in control of the Ogoni cleanup and the possibilities are there that he will run the cleanup in the same manner it has always carried out the cleanup exercise in the Niger Delta region”.

Dr. Ojo also called for the removal of Prof. Shekwolo from HYPREP as well as Shell from the Governing Council, Board of Trustees and the project coordinating office.

Similarly, the environment organization frowned at the inclusion of politicians in the recently reconstituted Governing Council and the Board of Trustees of HYPREP.

According to the organization, “the recently reconstituted Governing Council and the Board of Trustees of HYPREP is peopled by politicians expressing a sense of political patronage. The cleanup process should not be used as an opportunity to provide job for the boys or party loyalists.

“ERA/FoEN calls on the Nigerian state to keep politicians far away from the cleanup process and allow the United Nations Environment Programme (UNEP) and other capable individuals to manage the Ogoni cleanup process to ensure it does not fail.”

In its six-point recommendations in the policy brief report, organisation stated that the cleanup of Ogoniland is a multi-disciplinary scientific process geared towards restoring the devastated Ogoni environment and setting the template for the cleanup of the entire Niger Delta region after over six decades of commercial oil production and making of hundreds of billions of dollars in revenue.