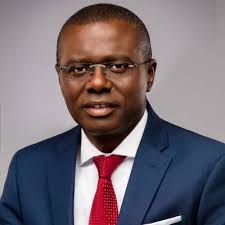 Mr Taiwo Adewole, an environmental expert, has lauded the executive order on sanitation and waste management given by Gov. Babajide Sanwo-Olu saying if would bring about cleanlinessand orderliness to Lagos state.

Adewole, the Executive Director of Recyclepoint told the News Agency of Nigeria (NAN) on Tuesday in Lagos that the executive order was a welcomed development which would save the state from further deplorable environmental condition.

NAN reports that Sanwo-Olu had on May 31, declared a state of emergency on the environment, sanitation and traffic management and signed two executive orders that would bring sanity to the sectors.

He said this was necessitated by the need to restore stability and accountability to enable citizens become active stakeholders in bringing about necessary changes.

The governor while signing the Executive Order titled: Enforcement of Law and Order in Respect of Traffic and Sanitation Matters, said his government would have zero tolerance for environmental abuse, including illegal and indiscriminate dumping of refuse, construction on drainage points and obstructions.

“Lagos State is too dirty and now the rainy season is here, all wastes are being washed down into the canals and drains.

“The government and individuals must play their parts by making sure all hands are on deck.

“Households must bag their wastes properly and the Private Sector Participation (PSP) officials must always pick up such bags in time,” Adewole said.

He urged the government to do away with cart pushers and ensure adequate funding of the Lagos State Waste Management Authority (LAWMA) and the PSP operators so that they could be more efficient in their services.

“LAWMA should be adequately funded as the regulatory agency for waste management in the state.

” Government must also ensure that the PSP operators are paid up till date so that their trucks can be back on the road again, adding that many residents are still complaining of the non-existence of PSP services in their localities.

“ Environmental corps of Lagos State, formerly known as ‘KAI’ brigade, must be empowered to correct environmental offenders instead of just arresting them; there should be continuous sensitisation,” he said.

He said that would create raw materials, employment opportunity and a cleaner environment.

“Innovations such as converting waste to wealth should be highly promoted. It should includec s converting plastics waste into fuel, making bricks from waste, profucing organic fertiliser from organic waste.

“Silt cleared from drains in the state should be evacuated within 24 hours of clearing rather than leaving them around the sides of the drainage systems.”

He said that they could be washed back into the drains if left uncleared over a period of time.

He advised the government to ensure strict enforcement to achieve a healthy Lagos. (NAN)