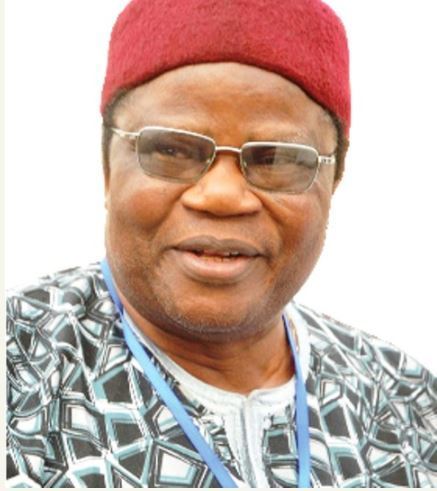 Momoh gave the advice in a telephone interview with the News Agency of Nigeria (NAN) in Lagos state while reacting to the declaration of President Buhari as winner of the polls by the INEC Chairman, Prof. Mahmoud Yakubu.

The INEC Chairman, Prof. Mahmoud Yakubu while announcing the results of the polls on Wednesday in Abuja, said the APC candidate, President Muhammadu Buhari polled 15,191,847 votes to the defeat his PDP counterpart, Atiku, who polled 11,255,978 votes.

Atiku had in a statement described the results as questionable, saying he would challenge it in court.

Momoh said Atiku would earn respect, nationally and international, if he accepts the outcome of the results as the wish of the people.

The former minister also advised Atiku not to go to court but call to congratulate President Buhari like former President Goodluck Jonathan did in 2015.

He said the singular act made Jonathan an instant hero, adding that Atiku could earn the same status if he allows national interest to rise above his personal ambition.

“A beautiful thing happened shortly after the results were announced in the 2015 general elections; Jonathan called the winner (Buhari) and congratulated him.

“Therefore, as a national leader, I will call on our friend, Atiku to call president Buhari and congratulate him.

“Though court is an option, I advise him not to go to court because time will tell if he will get any reckoning after doing so.

“He should not allow anybody to deceive him, instead, he should immediately call president Buhari to congratulate him,“ Momoh said.

Momoh said he believed the outcome of the election reflected the wishes of the people, adding that it was the aggregate of the results from polling units across the country.

He said that INEC had done what was expected of it as an impartial electoral umpire.

Momoh said that he advised Atiku not to because he did not believe in the court to seek redress as he went to court with president Buhari in 2003, 2007 and 2011 to challenge election results.

The former Minister said he only gave the advice because Atiku would earn respect by conceding defeat, rather than challenging what he called the will of the people. (NAN)

Buhari’s victory, a testimony of Nigerians’ trust in him — Minister