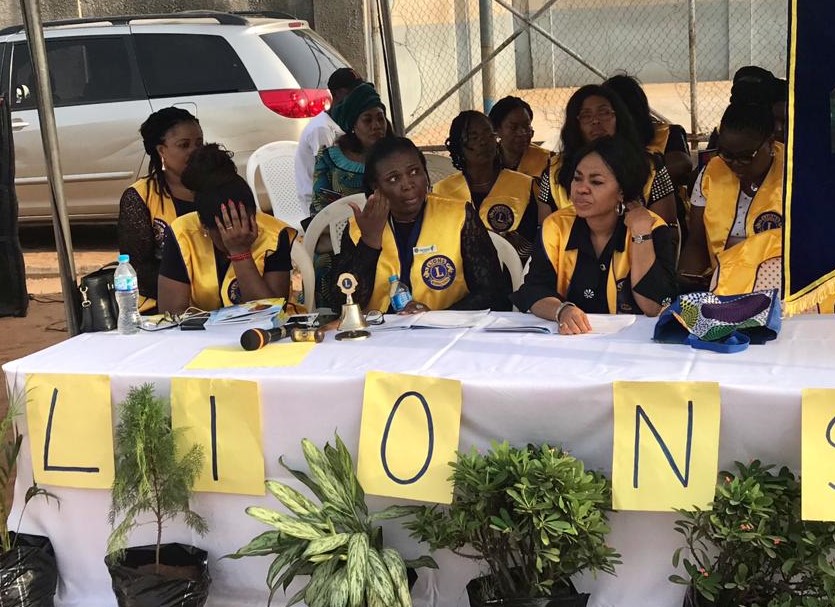 Various regional members of Lions Club District 404 A1, on Wednesday, April 3, 2019, held a memorial service for Lion Ngozi Chibogwu Chuks-Okeke, who died in the morning of March 19, 2019, at her Anthony Village home.

The events, which held at the Village Field, Anthony Village, Lagos, attracted family members and friends of the deceased as well as members of Lions Club from across the country.

Okeke, who would have turned 55 on April 1, graduated from University of Nigeria, Nsukka (UNN) with a First Class degree in Education/French and had had a fulfilling professional career as an Authorized Dealing Clerk of the Nigerian Stock Exchange. Her over two decades managerial experience in the financial industry, including banking, pension and stockbroking, saw her rising to the apogee where at different times she was Treasurer, Afribank International Limited, Head of Investment, Crusader Sterling pension and General Manager and Head of Investment at FUG Pensions.

Members testified to her diligence and productivity, particularly at the time she was the District Cabinet Treasurer for District 404A1, in the 2017-2018 Lions year.

“She was diligent in her duties with so much content for care and accountability, and honestly too, she would not hide her worries whenever she felt something was not working well or right, particularly when we had life-saving projects with low treasury to pursue them as well as sustain our drive and vision of rendering services to the needy,” said Olatunbosun Okpeseyi, the Immediate Past District Governor.

Husband of the deceased, Barrister Chuks-Okeke said, “She has lived a good life and she had been a blessing to us all, the family and the larger humanity.”

The memorial service featured the ceremonial strike of the gong, during which the name of the deceased was officially delisted from the club, as well as the presentation of Lions Club banner and flowers to the bereaved family in appreciation of the efforts of the service rendered by the late Chuks-Okeke to humanity.