Emefiele dares NASS, says ‘No going back on withdrawal limits’ 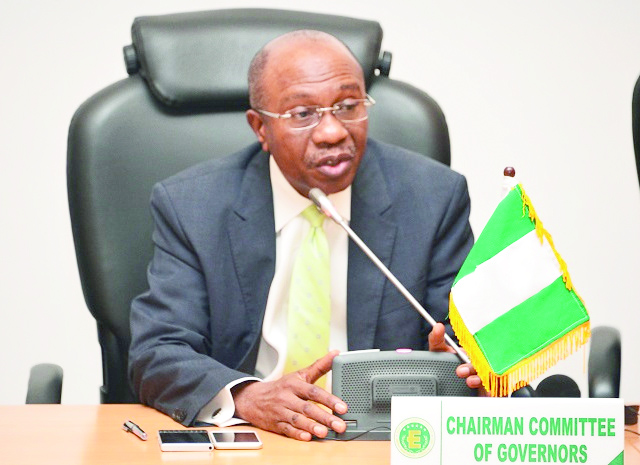 Governor of the Central Bank of Nigeria (CBN), Mr. Godwin Emefiele, has insistred that there was no going back on the new cash withdrawing policy recently introduced by the apex bank.

He said that there would be no rigidity on the policy and no reversal, while pleading to Nigerians to embrace the new policy.

The CBN boss that the new Naira notes had proactively been disbursed to the different commercial banks and expects that the banks would start distribution to the general public.

I’ll rather burn my voter’s card than vote for …. – Bishop…

Recall that the National Assembly had before blamed the CBN’s uncovering of revised cash withdrawal limits with a maximum of N100,000 for individuals and N500,000 for companies, claiming that it could deteriorate the current downward economic situation.

Yet, while responding to the objections from the National Assembly and the public outcry over the cash withdrawal policy, Mr. Emefiele told that the restriction was not expected to hurt anybody.

Said he, “And we think Nigeria, as the biggest economy in Africa, needs to leapfrog into the cashless economy.

“We cannot continue to allow a situation where over 85 per cent of the cash that is in circulation is outside the bank. More and more countries that are embracing digitisation have gone cashless,” he said.

I’ll rather burn my voter’s card than vote for …. – Bishop Oyedepo