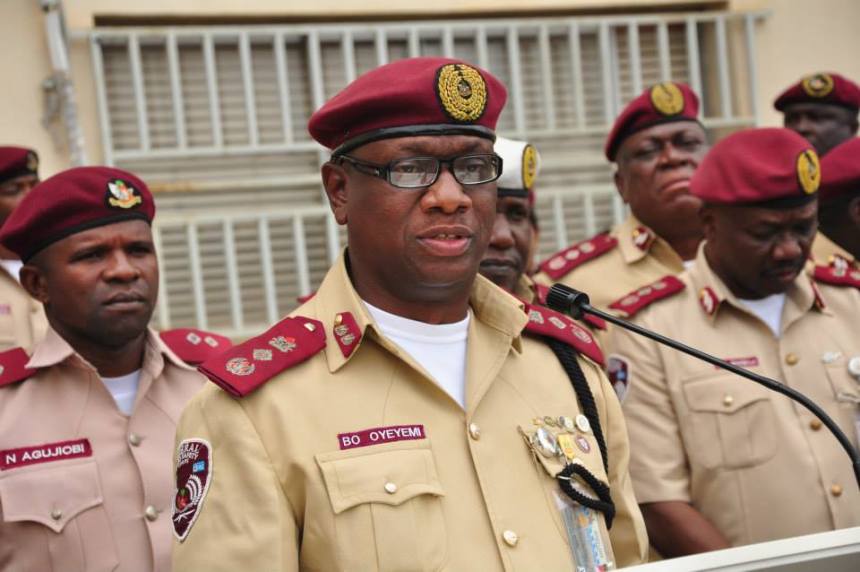 The Jigawa State Command of the Federal Road Safety Corps (FRSC), on Monday, in Dutse, urged motorists to be careful on the highways as the festive season approaches.

The Sector Commander, Mr Angus Ibezim, who gave this warning in an interview with the News Agency of Nigeria (NAN) in Dutse, cautioned commercial drivers against overloading, speeding and dangerous overtaking.

Ibezim also warned against the use of “Tokunbo” tyres and cell phones while driving.

“The Jigawa Command of FRSC has already flagged off its Ember Months Campaign on Nov. 9 at the Central Motor Park in Birninkudu Local Government Area.

“The gesture is part of the Corps’ strategic initiatives in curtailing road crashes during ember months.

“The campaign was carried out at all our unit commands and outposts across the state.

“And the campaign recorded success with attendance from various stakeholders such as NURTW, NARTO, ACOMORON and representatives of traditional rulers.

“Also in attendance were the representatives of the Police, NDLEA, NSCDC, DSS, Prisons and VIO,” Ibezim said.

He explained that the road users were also enlightened on the causes of road crashes during the exercise with the theme, “Safe Driving, Safe Lives”.

The sector commander added that drivers must ensure that their head lights, break lights, signals and breaks were functioning properly.

He said that drivers must also ensure that all their tyres, including the spare ones, were in good condition.

The sector commander said that drivers must possess fire extinguishers, triangles and all other necessary devices needed during emergency situations.

Ibezim further noted that impatience, recklessness and speeding were some of the factors responsible for motor accidents.

He, therefore, urged the drivers to be more careful, especially during the ember months with a usual record of high traffic. (NAN)