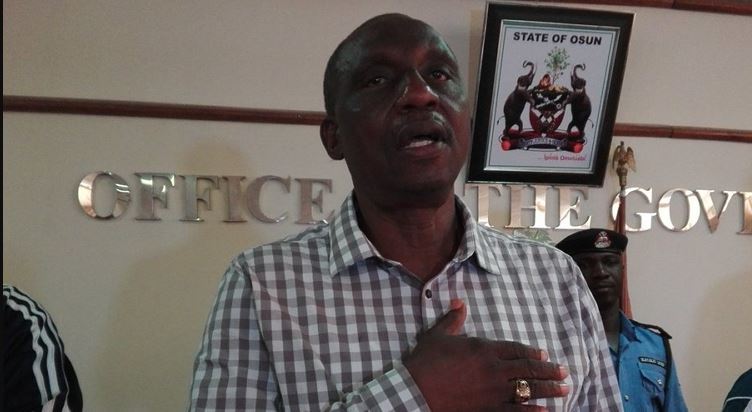 Elegbeleye and Bewarang told the News Agency of Nigeria (NAN) in Abuja that Ogunjobi’s willingness to offer assistance whenever called upon would be missed.

Until his death, Ogunjobi was the Chairman, Osun State Football Association.

He served as Secretary-General,Nigeria Football Federation from 1996 to 2010 and captained the former IICC Shooting Stars in the late 1970s, winning two continental championships.

Elegbeleye said that he never knew that Ogunjobi would die that early, because he spoke with him about two weeks ago.

“When I was the interim Board Chairman of Sunshine Stars Football Club, I engaged him to assist me in carrying out my assignment, especially in the technical development aspect of the club.

“He was a nice man and what struck one first about him was his willingness to help out anytime he was called upon. He assisted many people in the game of football,” he said.

“Although he did not live up to the age we think he should, he left an indelible legacy and that is what is most important in human existence.

We all will die someday, but what we will be remembered for is what matters most. I am really devastated by his demise.The football family will miss him a lot.”

Bewarang said he was yet to come to terms with Ogunjobi’s death.

“I am still in shock. I was very close to the late Ogunjobi, right from the time he was the General-Secretary of the NFF,” he said.

Bewarang, while reiterating Elegbeleye’s statement about Ogunjobi’s willingness to assist others, told NAN that Ogunjobi’s death was a big blow to the Nigerian football family.

“When somebody posted the news on Facebook, I quickly called the person to confirm if it was true.

I thought it was fake news. He will be remembered for always being there to support anyone who sought his assistance,” he said. (NAN)

INEC warns against use of temporary voter cards