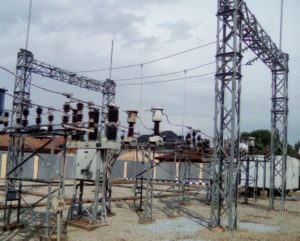 Data from the Nigeria Electricity System Operator, an arm of the Transmission Company of Nigeria, showed that generation stood at 2,441MW as of 6.00 am on Monday.

Total power generation rose from zero megawatt as of 6.00 am on Friday to 3,235MW on Saturday, according to the data.

The power grid reportedly collapsed on Wednesday and Thursday last week, worsening electricity supply in many parts of the country.

The Managing Director, TCN, Usman Mohammed, described the system collapse as the worst ever since he took over the leadership of the company.

The system operator put the nation’s installed generation capacity at 12,910.40MW; available capacity at 7,652.60MW; transmission wheeling capacity at 8,100MW; and the peak generation ever attained at 5,375MW.

The nation generates most of its electricity from gas-fired power plants, while output from hydropower plants makes up about 30 per cent of the total.

The TCN, which manages the national grid, is still fully owned and operated by the government.

The grid has continued to suffer system collapse over the years amid a lack of spinning reserve that is meant to forestall such occurrences.

Spinning reserve is the generation capacity that is online but unloaded and that can respond within 10 minutes to compensate for generation or transmission outages.

Out of the five power stations meant to provide spinning reserves, none has any actual reserve, with the contracted reserve put at 295MW.

The TCN MD said on Friday, “Since I became the MD of TCN, the system instability recorded in the last two days (Wednesday and Thursday) was the worst because there was no time that we had system instability where the restoration took a longer time like this.

“And the reason is – we had a high voltage caused by the fact that electricity load was being rejected by the Discos. And the load was not being picked because of weak distribution network. So that is the reason for that instability.”

Tonto Dikeh hints on desire to get new boobs for birthday