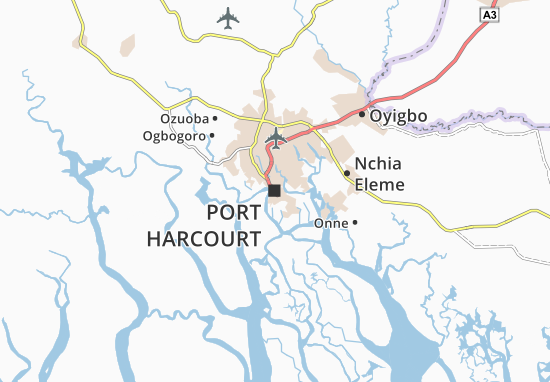 Some youths and children in Port Harcourt, Rivers, took to football on Saturday in defiance to the restriction of movement order by the Police during the Governorship and House of Assembly elections.

The youths and children converted some major streets and roads in the city into temporary football pitches and engaged in the game while election was going on.

Among the streets and roads visited by a Correspondent of the News Agency of Nigeria (NAN) are parts of Aba road, Port Harcourt Refinery road, Elelenwo, Akpajo, Woji, Rumueibekwe and Rumuomasi areas of Port Harcourt.

However, the presence of security agencies did not seem to worry the amateur footballers as they were seen enjoying themselves.

Some of them told the News Agency of Nigeria (NAN) on Saturday that they took to football having lost faith in the conduct of the election.

One of them, who identified himself as Kingsley, said he was not impressed with the threat of violence by two leading political parties in the state.

“I don’t trust the credibility of this election and this is why I opted to play football instead of voting,” be said.

Bright Nnadozie, an auto mechanic said that he decided not to take part in this election after his preferred candidate lost in the Feb. 23 Presidential and National Assembly election.

One of the teenagers, who simply gave his name as Chigeru, said he could not vote since he was still under-aged.

“For me, elections always offer my friends and I the opportunity to exercise since the roads are deserted by both human and vehicular traffic,” the teenager said.

NAN reports that Rivers Police Command had banned vehicular movements and activities from 11:59 p.m on Friday, March 8 to 4 p.m. on Saturday, March 9.

According to the police, the ban is to contain any possible act of violence that may affect the free and fair conduct of the elections.

The command warned that it would arrest and prosecute anyone who disobeyed the order.

Speaking, the Spokesman for the Rivers Police Command, DSP Nnamdi Omoni, said those allowed to move during the exercise were those on election or essential duties.

“However, there is no ban on people playing football, as far as they are not playing it around the polling units or in anyway disrupting the elections,” he said. (NAN)