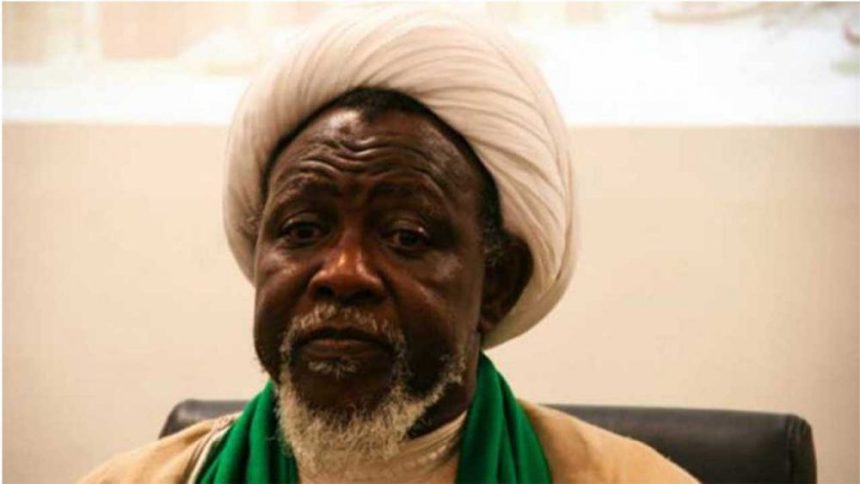 Embattled leader of the Islamic Movement in Nigeria (IMN), Sheikh Ibrahim El-Zakzaky, had described President Muhammed Buhari as someone who ‘cannot speak’.

Speaking, on Sunday, Sheik El=Zakzaky said he was not aware of any personal issue with President Buhari to have warranted his ordeal in the hands of Nigeria security agents.

According to him, President Buhari might have sanction his persecution as a fulfilment of a deal to keep himself at the Presidential Villa.

The Shi’ites leader also scolded Minister of Information and Culture, Alhaji Lai Mohammed, for saying a false report that the Department of State Services (DSS) spent N3.5 million monthly to feed him and his wife during their time in detention.

According to El-Zakzaky, he was responsible for their own feeding the entire five years they spent in detention and prison and never the DSS.

“I don’t know whether there is any personal issue, maybe Buhari should be asked but I don’t know.

Nigeria Army opens up on romance between its personnel and corps…

Horror as woman seizes 5-month-old baby, starves it to death over…

“All I know is that there is nothing like personal issue, maybe he was given that as a condition for being in office.

“But I know Buhari may not say because you will never see Buhari and talk to him because he doesn’t speak; he only reads,” El-Zakzaky said when asked about insinuation Buhari has a score to settle with him.

“But this is something that cannot be disclosed because it was illegal. Legally, they were supposed to feed us. But they didn’t want anybody to hear that we were feeding ourselves.

“For the entire five years, seven months that we were in detention, we fed ourselves; nobody gave us a bottle of water!

“We were even paying electricity and water bills, while in detention. We were paying also for the fuel to power the generator. We bought our own generator in Abuja, even when we were in detention and we were buying fuel to run it.”

Nigeria Army opens up on romance between its personnel and corps member, frowns at soldier’s conduct

Nigeria Army opens up on romance between its personnel and corps member, frowns at…

Horror as woman seizes 5-month-old baby, starves it to death over unpaid debt

Goodluck Jonathan is cause of current crises in North – MURIC