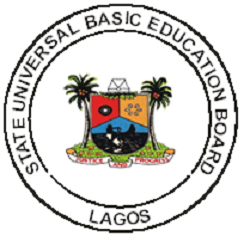 Aladejana spoke when she hosted the Education Secretaries in the 16 Local Government areas and members of the State Executive of the Association of Head teachers of Primary Schools of Nigeria (AOPSON) on Monday in Ekiti.

She said the foundational school level was very important to building the future and lives of children.

Once the foundation is faulty, according to her, it will be difficult to correct when they advance to tertiary level.

She reiterated the commitment of the present administration to the welfare of teachers in public schools across the state.

“ To whom much is given, much is expected,’’ the chairman said.

Aladejana, a former Provost of the State College of Education, Ikere Ekiti, said teachers are custodians of the future of the nation

“They are expected to play pivotal roles in what their pupils would become in future, and must therefore shun acts of truancy and lateness to work,’’ she said.

According to her, basic education is the bedrock of educational development, and must not be toyed with.

She said the governor would not only continue to prioritise the welfare of teachers, but also provide the necessary tools to boost their morale.

Aladejana said this was being done in the quest to make the state the leading light in the education sector.

The SUBEB chairman urged stakeholders to redouble their efforts in the task of achieving the set targets of returning education to its glorious days.

Also speaking, a Commissioner in the Board, Mrs Funke Fajobi, urged the staff members to support the  reforms recently introduced by the board.

She said all hands must be on board to further take the education sector to a greater height in the state.

Earlier in her remarks, the Permanent Secretary in the Board, Dr Eunice Oladimeji, highlighted steps already taken by the board to improve service delivery in schools.

She said they include regular monitoring of schools, training and retraining of teachers, as well as provision of instructional materials.

Oladimeji saidd that the recent restructuring carried out at the board was to ensure greater efficiency.

In their separate remarks, the Ijero Local Government Education Secretary, Mr Adewale Egbeyemi and AOPSON’s chairman, Bimbo Ogunyemi, both pledged their support and cooperation to the leadership of the board.

They said the task of improving the quality of basic education in the state required collective effort of all stakeholders in the sector. (NAN)