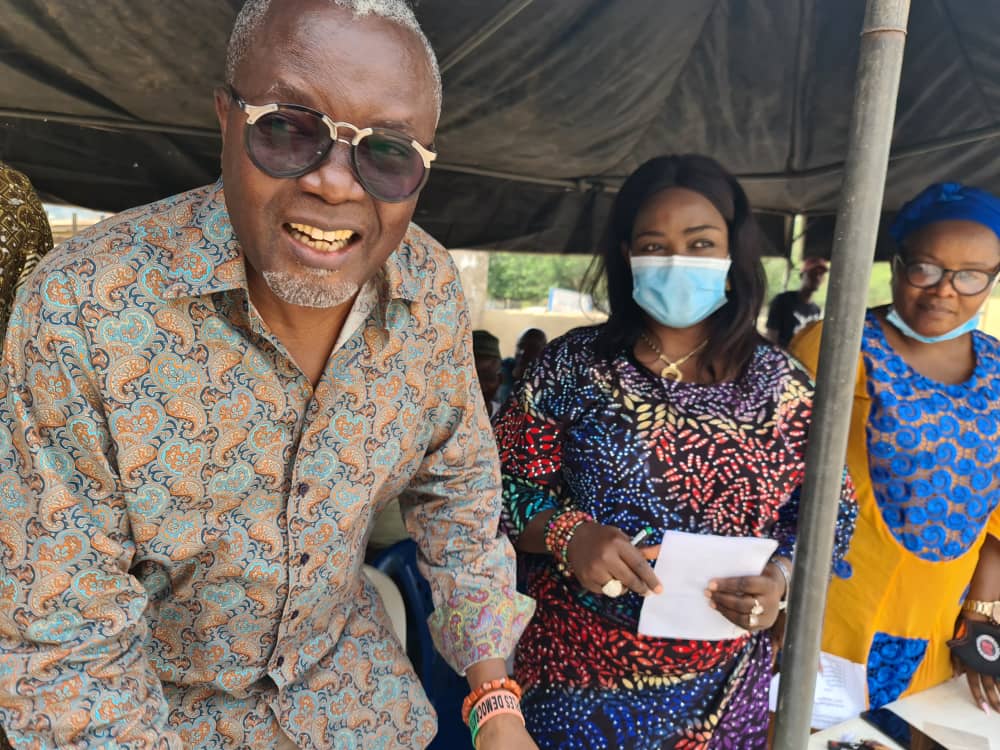 As part of efforts to have a formidable team ahead of 2022 gubernatorial election in Ekiti State, the Secretary of the People’s Democratic Party (PDP) in the state, Mrs. Funmilayo Ogun, has hosted the 16 Local Government and 155 ward secretaries in the State, charging them to embark on aggressive membership mobilisation for the party ahead of 2022 governorship election.

The meeting, which was held at the State Party Secretariat , Ajilosun, Ado-Ekiti was attended by the Chairman of the party in the state, Hon. Bisi Kolawole and other members of the State Working Committee.

Addressing the gathering, Hon. Bisi Kolawole said the meeting was unprecedented, saying this would be the first time that a secretary would organise a programme of this nature.

He urged the party’s secretaries to forget the style of the past and start mobilising for the party ahead of 2022 governorship election in the state.

The former Commissioner said the ward secretaries should be responsible, know what they are doing and to always listen to the leadership of the party.

Speaking on business of the day, the host of the meeting, Mrs. Ogun said she called the meeting in order to charge the ward and local government secretaries on their duties.

Ogun said secretary cannot do anything without the permission of chairman, adding that the party’s scribes at local government and wards level should be ready to carry out other duties that may be assigned to them.

She urged them to ensure the implementation of the decisions and directives and ensure that all units of the party carry out their duties promptly.

She said it was the duty of the party’s scribes to render a written report of the activities of the party.