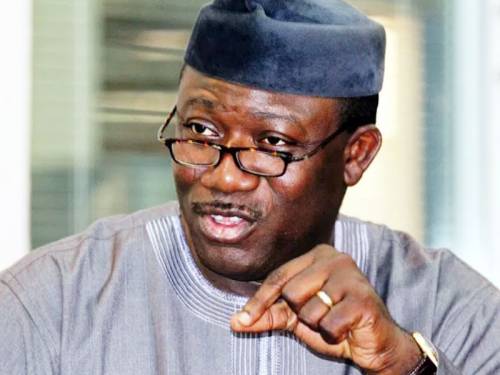 Ogunmilade, who bemoaned the high incidence of tax evasion and the resultant loss of revenue, said the development, if not checked, would deprive the residents of the necessary infrastructural development.

The revenue boss, who spoke in Ado Ekiti on Saturday during a meeting with some local government management staff across the 16 council areas of the state, reiterated the Kayode Fayemi administration’s resolve to block all leakages to increase Ekiti IGR, in view of the consistent dwindling revenue accruing to the state from the federation accounts.

He said, “Tax evasion is criminal and it should not happen at a time government is desperately desirous of inventing ways of increasing its internally generated revenue due to the drop in federal allocations.

“In doing this, both state and local governments should be involved in the process of tax and raking in of rates for the development of the state.

“The State House of Assembly had passed the Internally Generated Revenue Bill 2018, which has been signed into law by Governor Fayemi. It spells out the expected taxes to be paid from every quarter and the punitive measures attached to failure to fulfil such constitutional obligations.

Our people must be responsible enough to see tax payment as an obligation that must be discharged. What makes Lagos and other advanced nations what they are is tax.”