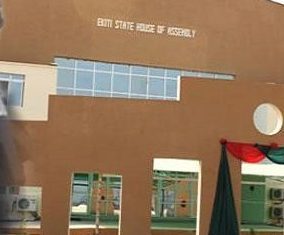 The Ekiti state House of Assembly unanimously confirmed 13 commissioner nominees presented by Gov. Kayode Fayemi.
The News Agency of Nigeria (NAN) reports that the nominees were confirmed by the house during Thursday’s plenary, presided over by the Speaker, Mr Adeniran Alagbada.
The nominees include a former member of the House of Representatives-Mr Bamidele Faparusi, Mrs Moji Kolade, Mr Febisola Adewale, Mr Gbenga Agbeyo, Mr Michael Awopetu and Mrs Moji Fafure.

READ ALSO:
Others are Alhaji Ayodele Jinodu, Mr Muyiwa Olumilua, Mr Sola Adebayo, Dr Adio Folayan and Mr Olusoga David, Chief Folorunso Olabode, and Mr Femi Ajayi.
The speaker urged them to ensure that they contribute their quota towards the development of the state.
Speaking to newsmen shortly after his confirmation, Faparusi said the new assignment is a call to serve the people of the state.
“This is a call to serve the people, a call to support the realisation of the vision for development of Gov. Fayemi in the state,” he said.
The house later adjourned sitting till Monday, April 8. (NAN)

Gunmen kill 1, injure 3 others in Bokkos