Ekiti APC: Stakeholders and their concerns 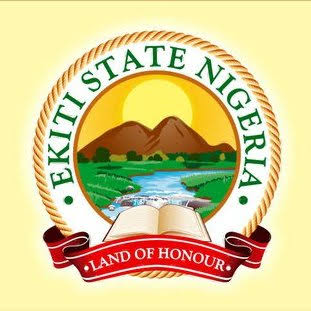 When we talk about power politics, Asiwaju Bola Ahmed Tinubu, former governor of Lagos State, now national leader of the All Progressives Congress, APC, is not a starter. He knows one or two things about it, having fought several battles for and against power. One of the refrains he often borrows is that Power is never served a la carte.

A letter is currently in circulation titled: *A Call to Save APC in Ekiti State*, purportedly written by those who described themselves as “Ekiti APC Stakeholders.” The signatories to the letter are Senator Babafemi Ojudu, Senator Anthony Adeniyi, Hon. John Akinleye, Hon. Ife Arowosoge, Hon. Oyetunde Ojo and Otunba Ben Oguntuase. They all belong to two camps: the Ojudu camp and the Oni camp.

We need to react to the content of the letter, rant by rant.

First, the identity of those behind it is predictably rebellious and self-seeking. Apart from Ben Oguntuase who can claim to be a  genuine ally and beneficiary of Engr. Segun Oni, Ojudu, Adeniyi, Oyetunde Ojo and Ife Arowosoge are known for their opportunism and their trademark is always biting the fingers that feed them.

The title of the letter: “A call to save APC in Ekiti State” is conflicting, confusing and mischievous. Or how do you save a party that is not in crisis? Undoubtedly, APC is currently having its best of time in Ekiti State. Even the blind and the deaf within and outside of Ekiti would attest to the fact that the APC is the party in the state. It is the party in power and the party in politics. Ever since its candidate won the governorship election, the party has continued to soar, and not only is it winning elections, it is being commended for winning them fair and square.

During the last presidential and national assembly elections, Ekiti was commended by the Independent National Electoral Commission, for peaceful conduct of election. APC won fair and square. The feat was again repeated in the State Assembly elections, which the party won landslide. Certainly, the party should be commended and not condemned for recording such achievements.

The stakeholders said they were alarmed by various media reports, online and print, reporting the suspension of Chief Segun Oni, a former Governor of Ekiti State and former Deputy National Chairman (South) of APC. They also accused the top echelons of the party and the government in the State of being the masterminds.

But, is to be forewarned not to be forearmed? (Latin: Praemonitus, praemunitus). Have these ones forgotten how some party chieftains led by Asiwaju Bola Tinubu and Chief Bisi Akande warned Oni not to embark on the journey to perdition? Apart from the Tinubu-Akande peace move, there were other moves made by the APC Elders Forum headed by Chief George Akosile as well as the efforts by Ekiti Council of Elders and several Ekiti Obas, all of which Oni ignored. Truth, they say, is the first casualty of war. But there is another casualty as well: trust. As conflict escalates, trust between people and political leaders crumbles away as surely as night follows day.

Was Engr. Oni not thoughtful of this? Was he expecting his kinsmen who counseled him not to go to court, to warmly embrace him on his return? What did the party constitution say about such an act?

Article 21 of the party constitution talks about the discipline of party members. It states that the party shall have power to discipline party members and that such powers shall be exercised on behalf of the Party by the respective Executive Committee of the Party at ALL levels, including the ward level and down to the polling unit.

Article 21B(iv.) states expressly that the “Executive Committee of the Party at the level where a complaint or allegation is made shall have original jurisdiction to hear and determine such complaint or allegation provided that the assumption of jurisdiction by such Executive Committee shall not breach the rules of fair hearing.

To support the disciplinary action, the provision in article 21B(vi.)(a) states that “The Ward Executive shall be the adjudicatory body of first instance over complaint and or allegation from the Polling Unit level.”

What then is “unfortunate” in the allegation of anti-party raised against Engr. Segun Oni who shunned the counsel of his people? Do the ward exco need anyone’s prodding to express their displeasure?

Listed among the offences for which the executive committee can discipline any erring member is the filing of an action in a court of Law against the Party or any of its officers on any matter relating to the discharge of the duties of the Party without first exhausting all avenues for redress. This is clearly spelt out and provided for in Article 21A(x) of the party constitution.

So, where is the hand of Governor Fayemi in the action of the Ward Exco, that is constitutionally empowered?

The Stakeholders also accused Dr. Fayemi of using his influence as Minister of the Federal Government to place his cronies and lackeys in Federal position and when he became Governor, he recycled the same set of people into State positions to the exclusion of other tendencies within the Party on the State.

Really? So this is very easy to do, yet Senator Babafemi Ojudu, as the Special Adviser to the President on Political Matters, has not been able to do it for any of his followers all these while? Do we now assume that Dr. Fayemi recognises and compensates loyalty while Senator Ojudu does not? Did Segun Oni not compensate some of his loyalists, even as Deputy National Chairman of the party?

The stakeholders boasted in the letter that they rallied together to ensure the victory of our party in the July 2018 Governorship election, not minding the self-serving, monopolistic tendencies of Dr. Fayemi. They were however economical with the truth here by not mentioning the efforts of Dr. Fayemi in rallying together all stakeholders immediately after the primaries towards the election proper,  waved an olive branch to all other aspirants who contested against him and  stretched an arm of fellowship to everyone.

Perhaps the APC would have won the election by more than 19,338 votes, as the signatories alleged, if the likes of Senator Ojudu had actually backed the party’s candidate by voting in the election or mobilising their followers to support Dr. Fayemi’s candidacy. Rather, both Oni and Ojudu simply asked their followers to vote for any candidate of their choice. Their wish for the declaration of the election inconclusive and re-run ordered didn’t materialise after all.

Another allegation that they all rallied together again for the Party during the Presidential election couldn’t have been further from the truth. Senator Ojudu, for instance owes his fellow stakeholders the explanation of his whereabouts during that election, and what efforts he made at mobilising for the election or subsequent ones in our dear state. It would have been much better if they had toed the so called rebellious path. At least, other party faithful would have seen them for what they truly are, and treat them as such.

Where the letter writers were most uncharitable is their allegation that Fayemi was managing APC in Ekiti more exclusively than inclusively. To the exclusion of who, one may ask?

Let these facts speak for themselves:

No fewer than 33 aspirants on the platform of the All Progressives Congress (APC) slugged it out at the primaries, among who Fayemi emerged as the party’s candidate for the 14th July 2018 election. They included Engr. Segun Oni and Senator Ojudu, the two masterminds of the letter.

Today, four of these guber aspirants who vied with Fayemi are in his cabinet. They include Yaya Kolade, Olumilua, Victor Kolade and Faparusi. Femi Bamisile and Opeyemi Bamidele won elections into the National Assembly, Dele Okeya is on the Board of Odua Investments Company. Dr. Orire is the Chairman of the State Health Management Board, Afuye is in the House of Assembly. Others have opted to be nominated for federal appointments.

Engr. Segun Oni was offered a ticket to the senate, which he turned down.

The claim of the “stakeholders” about Fayemi and his clique’s continual run of the party as a cult is also debunked by the current composition of the Fayemi cabinet and other aides, which comprises followers of most of these aspirants, including those of Ojudu and Oni.

Certainly, most of them do not know about the group and its letter, let alone share its biases. Or do they?

The wish that a blossoming party like ours in Ekiti would go into extinction is, without doubt, evil, much worse than what they claimed happened in Ondo, Ogun, Oyo and Imo States. For instance, Senator Ojudu claims that some people were disenfranchised. We challenge him to be more specific about the person he had sponsored for a position but was stopped from contesting by Fayemi or any party leader. Each of the signatories has his conscience to fight on what they had benefited from Fayemi in the past and how their selfishness is now costing them recognition back at home.

While challenging the signatories to the letter to tell us who their co-travellers are, we however understand that as political actors we will not always share the same views or perspectives and hope that they will see the need to set aside real or imagined grievances and join hands with HE Dr Kayode Fayemi as he strives to make Ekiti great again.

Setting Ekiti APC members against one another for personal agenda at this point is a No-No. Ours is now a formidable party. We are the governing party. We have been savoring the sweet victories, turning things around and restoring the values among our people. Our best is yet to come, but our good is here already. We thus will not listen to any naysayer.

As for Gov. Kayode Fayemi who the letter writers intend to drag into an unnecessary controversy, he is just too busy to be distracted. Let the agitating stakeholders try another trick, since this one won’t fly.

Two ex-convicts, one other held for robbery in Lagos