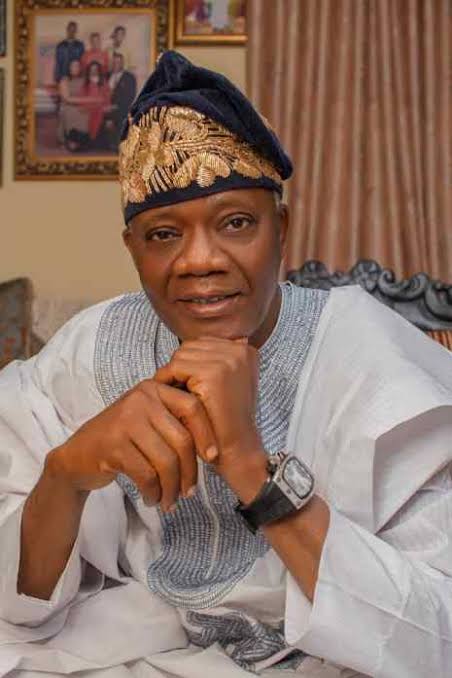 The governorship candidate of the Accord Party (AP), in the coming Ekiti State June 18 election, Basorun Reuben Famuyibo Thursday held an interactive session with the State chapter of the Nigerian Union of Pensioners, where he pledged better life  for them after retirement.

In response the pensioners also reached an accord with the candidate to work with him to achieve his aim of becoming the next governor of Ekiti State after Governor Kayode Fayemi.

The interactive session was held at the state secretariat of the NUP in Ado Ekiti, the state capital which afforded the pensioners the opportunity to present what their state chairman, Comrade Joel Olomi Akinola titled: ‘Pensioners’ Plight’ to Basorun Famuyibo, who also responded, with a pledge of better life for them if he becomes the governor of Ekiti State next month.

Comrade Akinola, the chairman told their host that pensioners in Ekiti state are suffering, with local government pensioners being owed an outstanding pension of seven months, while other categories of pensioners are being owed not less than three months arrears of pension.

Other grievances of the pensioners, according to him include but not limited to: non-payment of gratuities since 2013;  nd non-conformity of the state with the payment of pension in consonance with the National Minimum Wage.

READ ALSO: http://Jonathan still a member of our party – PDP

They also craved the creation of a Ministry of the Elderly to cater to the needs of the aged and pensioners, which will represent their interest in government, lamenting that over 35 per cent of pensioners are not alive to collect the reward of their hard labour of service.

Responding, Basorun Famuyibo promised that if given the opportunity to govern Ekiti State, pensioners will get their reward here on earth and not when they are dead, going down the memory lane to jog the memory of the pensioners about his role in the creation of Ekiti State, the AP candidate regretted that the history of how Ekiti State became a reality is now being distorted for political gains.

He said his Seven Point Agenda, which is premised on SHELTER – Security and Quality of Life; Health and Wellness; Education, Technology and Youth Development; Low Cost Housing and Environment; Tourism and Entertainment; Economic Development and Infrastructure; and  Road and Transportation – will take care of every facet of the Ekiti economy and socio political sustenance.

He therefore challenged the pensioners that they have a role to play in the emancipation of the state from looters who have looted the state blind by voting massively for the Accord Party on June 18; adding that his administration will not only take care of pensioners, but also create enabling environment for workers to be trained on small scale industries preparatory to their eventual retirement to make life sweeter for them in retirement.

The pensioners also pledged their support for the aspiration of Basorun Famuyibo to become the next governor of the state reputed to be a Fountain of Knowledge.