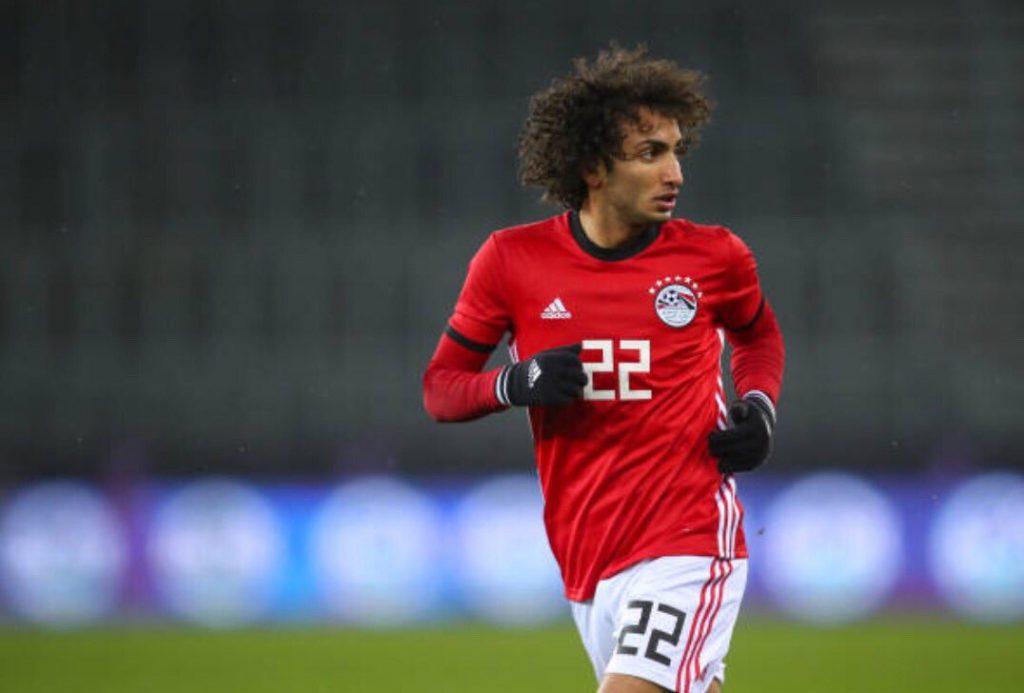 Egypt striker Amr Warda has been welcomed back into their African Cup of Nations squad, 48 hours after he was suspended for disciplinary reasons, the Egyptian FA (EFA) said on Friday.

Warda will still be banned for Egypt’s final pool match against Uganda on Sunday but is available for the second round, with the hosts having already sealed a knockout place.

The EFA gave no specific details about the reasons for Warda’s initial expulsion, but he has previously been accused of harassing a fashion model on Instagram and a complaint against him has been filed with Egypt’s attorney-general.

His return comes after a public apology on Thursday and support shown by his team mates, including Liverpool striker Mo Salah, who appeared incensed at the EFA decision.

The association issued a statement on Friday, saying Egypt’s Minister of Youth and Sports, Ashraf Sobhi, had held a cordial meeting with the players and technical staff in the presence of Hany Abo Rida, President of the EFA.

“During the meeting, Hani Abu Reda praised the spirit of solidarity between the players, and their desire to pardon their colleague Amr Warda and to lift the suspension from him,” the statement said.

“The association has decided to reduce the player’s penalty to suspension until the end of the first round only.”

Warda had posted a video on Facebook in which he apologised to his family, team mates, the EFA and “anyone who is upset at me or anyone I have upset.”

Salah felt the EFA had been too hasty and harsh in their punishment of the player.

“Women must be treated with the utmost respect,” he said.

“I also believe that many who make mistakes can change for the better and shouldn’t be sent straight to the guillotine, which is the easiest way out.

“We need to believe in second chances… we need to guide and educate. Shunning is not the answer.”

Team captain Ahmed Elmohamady, who held up two fingers on each hand to make Warda’s squad number 22 after scoring against Democratic Republic of Congo on Wednesday, said the EFA were wrong to expel the Greek-based forward.

“Amr Warda is one of us and we all make mistakes. We will not leave Warda alone,” he told reporters. “No player should be held accountable for anything done outside the pitch. We support Amr Warda.” (NAN)

Mali player latest to be kicked out of 2019 AFCON