Efforts afoot to persuade Tinubu to step down for Osinbajo 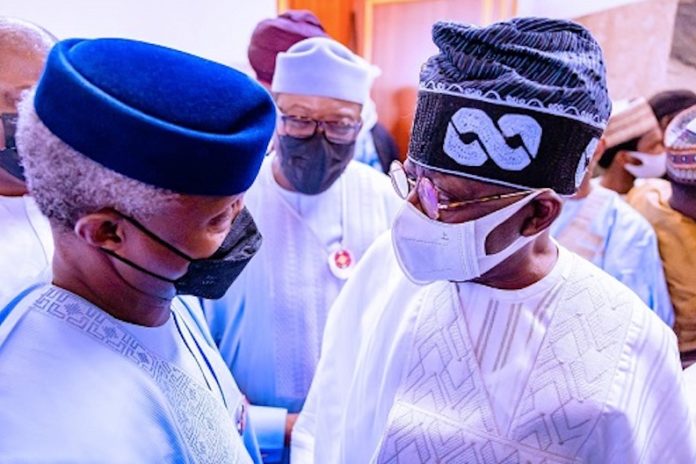 There are reports that there is tendency that President Muhammadu Buhari may pick his vice president, Prof. Yemi Osinbajo, with efforts are afoot to persuade National leader of the All Progressives Congress (APC), Asiwaju Bola Ahmed Tinubu to support Osinbajo him to emerge as the party’s flag bearer in the forthcoming 2023 presidential election.

The presidential aide, who spoke with confidence, on Sunday, in Abuja, said that a political team, which comprises of some prominent Yoruba leaders, has been set up in order to persuade Tinubu to step down for the vice president and also accept him as the party’s consensus candidate.

Going further, the source revealed it that while the president was talking to the 22 APC governors, in Abuja, few days ago, all indications revealed it that he was speaking in support of his vice but, he did not specifically mention his name and it was after then that, a team was set up to dialogue with Tinubu to accept Osinbajo as the party’s concensus candidate.