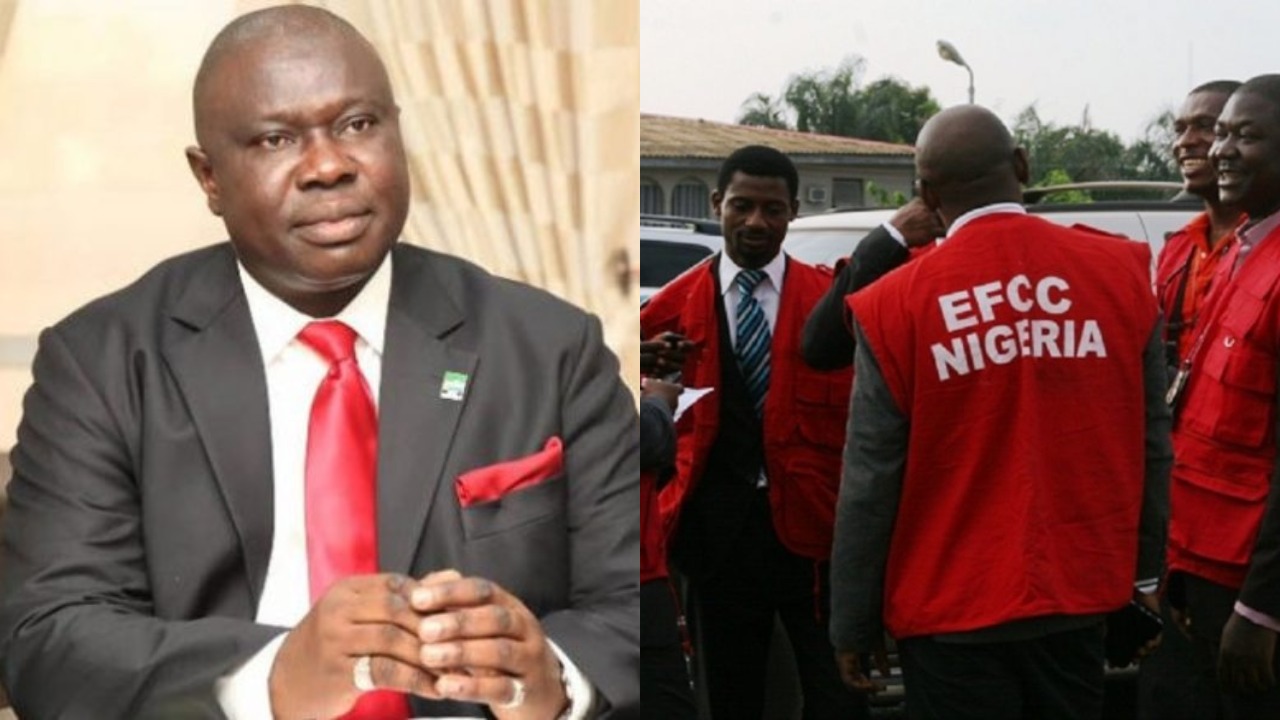 A former speaker of the Lagos State House of Assembly, Adeyemi Ikuforiji, on Wednesday, appeared before a Federal High Court in Lagos, over alleged N338.8 million money laundering charges.

Ikuforiji is charged alongside his former Personal Assistant, Oyebode Atoyebi.

The defendants were first arraigned on March 1, 2012 before Justice Okechukwu Okeke on a 20-count charge bordering on misappropriation and money laundering.

They had each pleaded not guilty to the charges and were granted bail.

The defendants were, however, subsequently re-arraigned before Justice Ibrahim Buba, following a re-assignment of the case.

On September 26, 2014, Justice Buba discharged Ikuforiji and his aide of the charges, after upholding a no case submission of the defendants.

Buba had held that the EFCC failed to establish a prima-facie case against them.

Dissatisfied with the ruling, the EFCC through its counsel, Mr. Godwin Obla (SAN), filed the Notice of Appeal dated September 30, 2014 challenging the decision of the trial court.

Obla had argued that the trial court erred in law when it held that the counts were incompetent because they were filed under Section 1(a) of the Money Laundering (Prohibition) Act, 2004 which was repealed by an Act of 2011.

EFCC further argued that the lower court erred in law when it held that the provisions of Section 1 of the Money Laundering (Prohibition) Act, 2004 and 2011, only applied to natural persons and corporate bodies other than the Government.

The commission had also submitted that the trial judge erred in law when he held and concluded that the testimonies of the prosecution witnesses supported the innocence of the respondents.

In its judgement, the Lagos Division of the Appeal Court, in November 2016, agreed with the prosecution and ordered a fresh trial of the defendants before another judge.

Following the decision of the Appeal Court, the defendants headed to the Supreme Court, seeking to overturn the ruling of the Appellate court.

Again, in its verdict, the apex court also upheld the decision of the appellate court and ordered that the case be sent back to the Chief Judge of the Federal High Court for reassignment to another judge.

The trial is now to begin de novo (afresh) before a new judge, Justice Mohammed Liman.

The case was called, and the defendants moved into the dock.

The amended 54 counts charge was read over to them and they both pleaded not guilty to the charges.

After their pleas, Iheanacho asked the court for a trial date, and prayed that the defendant be remanded in custody pending bail.

But Justice Liman held that since the charge was not new to the parties and since the defendants were already on bail, he would not make any remand order, but allow the defendants continue on existing bail.

Prosecution, however, argued that since the matter was commencing afresh, a fresh bail application ought to be moved.

The court, again, disagreed with the submission on the grounds that the charge was the same and the bail initially granted subsists.

Liman then warned parties that the court would not tolerate unnecessary adjournments or repeated amendments to the charge during proceedings.

The court also directed parties to meet and confer on which document they do not intend to oppose, so as to ensure a smooth trial.

Meanwhile, the judge said that the existing sureties should appear and renew their suretiship within two weeks, adding that where they are no more interested in being sureties, the defendants must ensure they produce new ones.

The court held that where the defendants fail to comply, a bench warrant may be issued against them.

Following agreement of parties, the case was adjourned until February 5 and February 19, 2020 for trial.

According to the charge, EFCC alleges that the defendants accepted cash payments above the threshold set by the Money Laundering Act, without going through a financial institution.

The commission accused the defendants of conspiring to commit an illegal act of accepting cash payments in the aggregate sum of N338.8 million from the House of Assembly without going through a financial institution.

Ikuforiji was also accused of using his position to misappropriate funds belonging to the Assembly.

The EFCC said that the defendants committed the offences between April 2010 and July 2011.