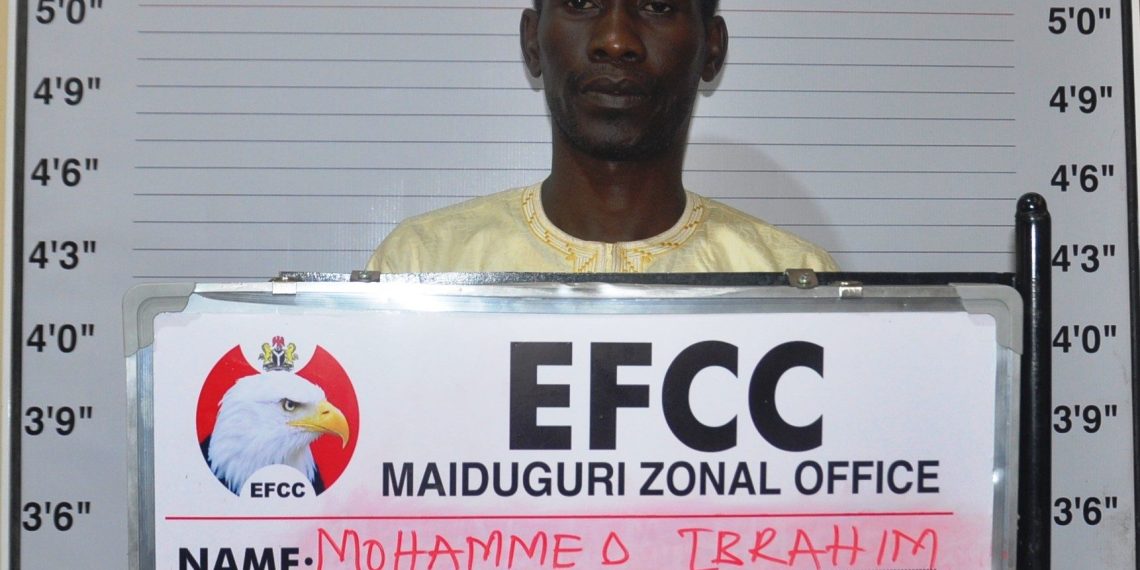 The Economic and Financial Crimes Commission (EFCC) says its operatives have arrested “a self-acclaimed spiritualist”, Mohammed Ibrahim and a co-suspect, Ibrahim Abubakar, in Borno State, for allegedly defrauding a victim N16million.

The supposed victim of the alleged crime, Mohammed Gaji, is also a suspect in the case, according to a statement issued Tuesday by EFCC’s spokesperson, Wilson Uwujaren.

Mr Uwujaren alleged said in the statement that the two other suspects “defrauded” Mr Gaji “under the guise of conducting spiritual prayers to make him rich”.

Explaining further, he said operatives arrested the suspects while investigating a petition accusing Mr Gaji of misappropriating N22.2million given to him by the petitioner to establish a cattle ranch business.

Rather than invest the money as planned, according to EFCC, Mr Gaji gave Mohammed Ibrahim, (the spiritualist) N16million of the N22.2million for prayers so he could get rich.

They were arrested at Sabon Bolori, behind Chad Basin, Borno State, the EFCC statement said.