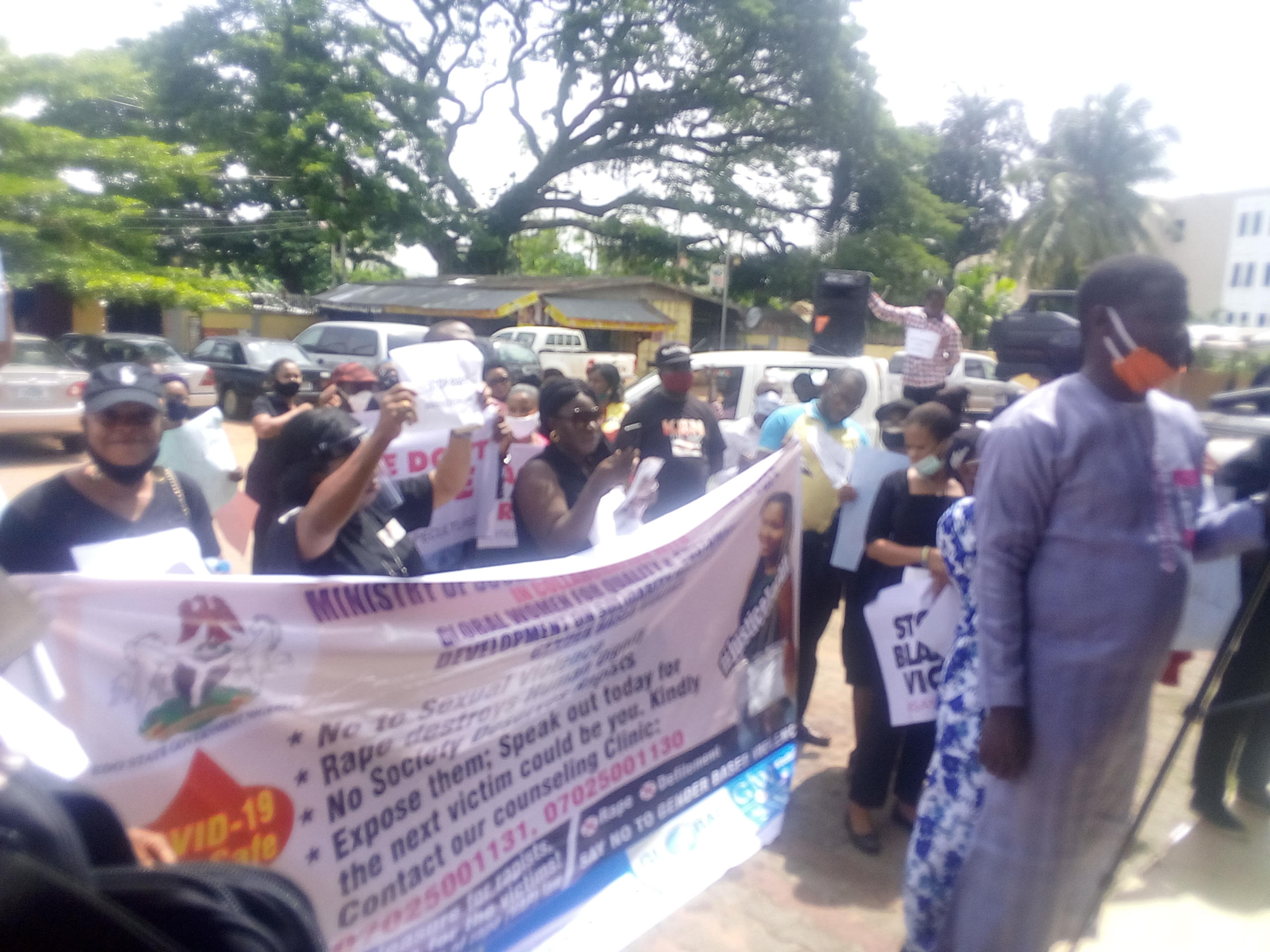 Residents of Kolokolo Community, Ologbo, Ikpoba Okha, Local Government Area, Edo State, on Tuesday, staged protest over the whereabouts of the Youth Leader of the community, M. Sunny Etchie, who is also the Okaghele of Kokoloko, who was allegedly whisked away by unknown gunmen, recently.

The protesters alleged one Johnson Asheleghe the Iyasere of Warri Kingdom and his cohorts of masterminding the 25 buses loaded with gunmen that invaded the community about nine days ago.

Spokesperson for the group, Benson Ayokotse, however, called on Governor Godwin Obaseki, the Police and the DSS to declare the accused wanted and bring him to justice.

He said the youth chairman’s travail started when the accused made several failed attempts to coerced him to halt the ongoing construction of road from Kolokolo to Benin-City.

“We are calling on Governor Obaseki and all the security agencies to help us talk to Johnson to help us release our brother, we want the Inspector General of Police to declare Johnson wanted because he is a threat.

“He once boosted that he was above the law, that the whole security agents in the state are under his control.”

Meanwhile, the Police Public Relation Officer in the state, DSP Chidi Nwabuzo,  said the state’s police command would ensure justice and bring  the abductors to book.

On his part, the embattle Iyasere, who had earlier granted an interview to a television station in the state before the escalation of the crisis, denied having a hand in the abduction of the Youth Leader, insisting that his accusers were out to drag his hard-earned reputation to the mud.