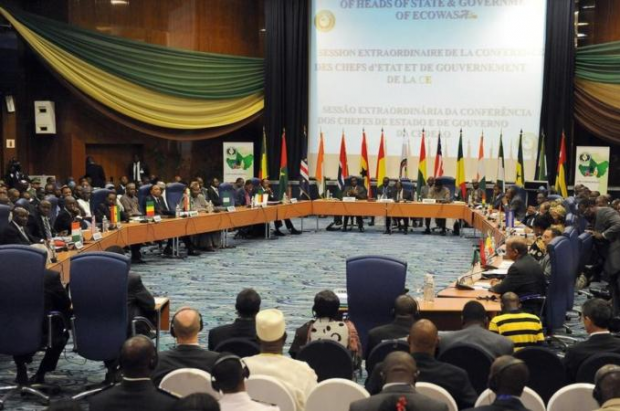 The ECOWAS Parliament on Monday condoled with Burkina Faso over Sunday’s attack on a Catholic church, which left six people dead.

Its Second Deputy Speaker, Madam Aminata Toungara, expressed the condolence at the parliament’s ongoing ordinary session in Abuja on Monday.

According to reports, the victims – a priest and five churchgoers – were killed by gunmen during mass at about 9am in the town of Dablo.

The attackers, between 20 and 30 years of age, also set fire to the church, several shops, and a small café.

Security source said that the attackers also went to the local health centre and looted it.

Toungara prayed that the perpetrators of the crime would be exposed and brought to justice.

“We express our condolences with Burkina Faso and to the President and let him know that we are with them.

“We deplore what has happened and the entire parliament is sorry about what happened.

“It is particularly sad because these were people who went to church and were not expecting to be killed and they are no more today.

“May their souls rest in perfect peace and we pray that God exposes the perpetrators,” she said.

The 2019 ordinary session of the parliament is considering country reports and has expressed concerns over issues of security situation in some countries in region.

The parliament has also proposed a regional defence force that would assist in the enforcement of security in member states. (NAN)