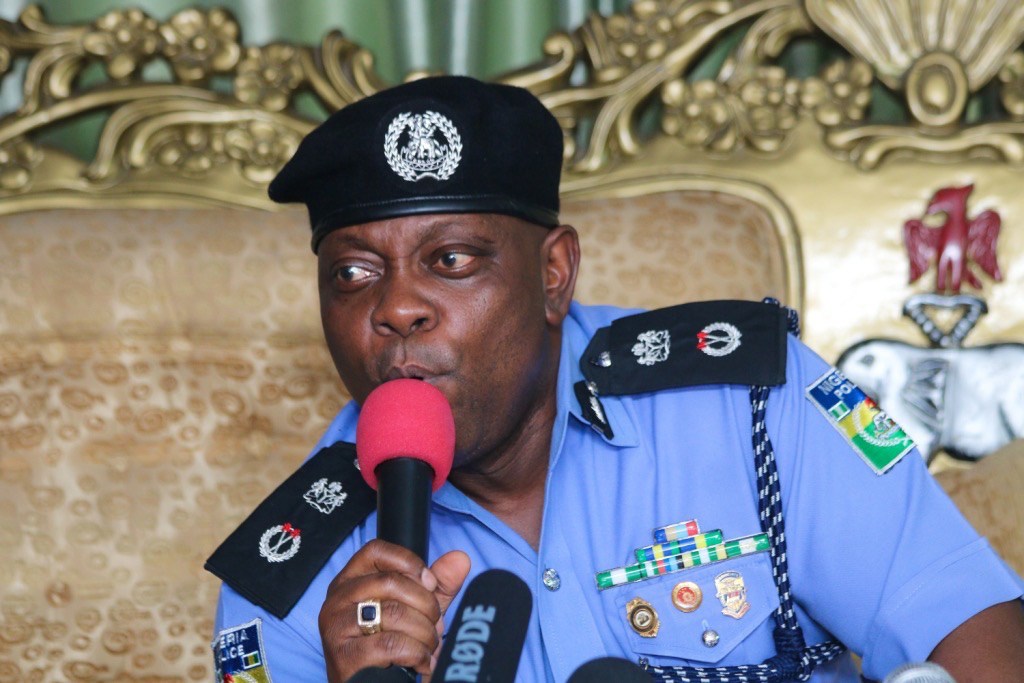 What was supposed to be an end of a chapter for one and the opening of a new chapter for another ended with a brief exchange of pleasantries and then a statement of fact from one party, which quickly ended the supposed ceremony.

First, it was the news of Edgal’s removal, which hit public domain, following a signal that had filtered to journalist on Sunday, January 13, 2019. Egbetokun was to replace him as Lagos CP while he was to proceed to the Force Headquarters in Abuja as new head of the Explosive Ordinace Device Unit.

The news was greeted with mixed reaction, as some who felt Edgal was doing a great job in Lagos did not see the need for a change. Others, however, rejoiced over the news, saying the change was needed, especially as the elections approach.

The day finally came; the time for the ceremony was scheduled for 1:30pm at the Command headquarters in Ikeja.

The Nigerian Xpress correspondent, who got to the venue at about 1pm, noticed some unusual calm atmosphere. She was forced to ask a police guard at the entrance why the unusual atmosphere. The guard, a sergeant (name with held) said:  “We are all calm because we are used to a system and now there is a change and we don’t know what to expect.”

When asked how he felt about the transfer, the Sergeant said: “Soldier go Soldier come, barracks remain. Nobody should be angry or happy over a transfer; it is one of the things that come with the job. I am here today, I do not know where I will be tomorrow.”

At this time, Area Commanders, Divisional Police Officers, Unit heads and other police officers were arriving in their number. They went straight to the Conference Room where they sat waiting patiently to be addressed by the outgoing commissioner and the incoming Commissioner of Police.

Journalists also arrived in their number. Veteran crime reporters, who had long standing relationship with Egbetokun had stormed the command to welcome their friend.

The waiting journalists, who numbered about 25, sat under a fruit tree in the command’s premises, as they engaged in intimate discussion, analysing how well Edgal had performed and areas where he had done below expectation.

While discussing, the Lagos Police Public Relations Officer, CSP Chike Oti, came to inform waiting pressman that the ceremony had been moved for 3pm because both men were yet to get to the Command.

Shortly after the change of time, Egbetokun drove in followed by a truck carrying his chair. He parked in the official car slot for the Commissioner of Police.

Edgal also reached the command about 20 minutes later and his driver had to park by an open space not too far from the CP’s car slot. At 2:40pm, Oti called joirnalists to assemble at the CP’s office for the business of the day.

For want of space, only a few journalists were allowed into the CP’s office. Cameramen quickly set up their cameras; photojournalists were ready to take shots while journalists held on firmly to their tapes and notepads.

Both men exchanged pleasantries. Then Edgal spilled the bombshell. In a very formal tone, Edgal said: “I have just received a call from the Police High Command, saying status quo remains; no change of guard.”

Upon this information, Egbetokun whose facial expression showed he was shocked did not utter a word. Journalists were asked to leave, as there was not going to be any handover or takeover, as Edgal remains CP Lagos.

Everyone was shocked, even Egbetokun, who came downstairs to his vehicle looked surprised.  His facial expression showed he was not in the know of such directive.

However, like a gentleman, he asked his driver to repark his vehicle from the CP’s car lot, which he did and Edgal’s driver, who had probably gotten the news, quickly parked on the CP’s car lot.

Some of Egbetokun’s media friends exchanged pleasantries with him before he zoomed out of the command at exactly 3:14pm.

Edgal proceeded to the conference room to deliver the cheering news to waiting officers. Immediately, there was a prolonged shout of joy. Ten minutes after, the senior officers proceeded downstairs to return to their various beats. Indeed, the purpose of the gathering had been defeated.

One of the officers, a female Superintendent of Police, who could not hide her joy, expressed same in pidgin English saying,   “who dem be, where dem dey?  Dem no reach! We no dey go anywhere.”

At exactly 3:24pm, Edgal, who had changed into mufti, came downstairs. Immediately he was sighted, shout of joy rent the air.  His escorts started firing shots to celebrate the reversal of his transfer.  Edgal, however, called the men to caution and also zoomed off.

Tragedy was, however, averted while driving out of the command entrance when one of his escorts, who was standing in one of the escort police vans fell off the van. Other policemen on guard, however, quickly rescued him.

While commenting on the development, the National co-ordinator for the Network on Police Reform in Nigeria (NOPRIN), Okechukwu Nwanguma, said Edgal’s initial redeployment was politically motivated.

According to him:  “Edgal’s redeployment was a politically motivated victimisation for his insistence on remaining professional and refusing to be partisan. It was also a nullity because the man, who ordered the redeployment, had ceased to be IGP, as at the time he took that action.

“But I’m glad the new IGP started on the good note of reversing an illegality, among other initial right steps he has taken upon resumption. This gives hope that the new Acting IGP will steer the police back to the right path from the path of infamy that Idris took the force.

“The man has demonstrated that he is a professional police officer through and through. There’s nothing he has done in his term, as CP Lagos to indicate that he will interfere with elections. So, I think he should be allowed to stay.

“The outpouring of expression of disappointment and disapproval by majority of Lagosians and people in other places over his redeployment would have also told you how good the man is and how much he is loved.”