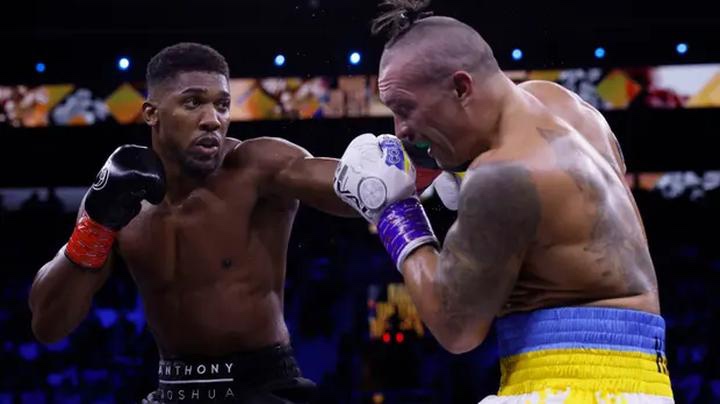 Nigerian-born Anthony Joshua, created scene, on Saturday evening as he failed to take his defeat in good stead.

Joshua had challenged Oleksandr Usyk for the IBF and WBA belts.

Rather than accept defeat, Joshua, after the result was announced, slammed on the floor two of the four belts and stormed out of the ring.

A livid Joshua said before storming out of the ring in Jeddah, Saudi Arabia after the loss to Usyk: “You’re not strong.

“How did you beat me?

“I had character and determination.”

However, after his team spoke with him, Joshua, who lost the first match to Usyk in September 2021 in the United Kingdom, returned to the ring to praise his conquerer.

He said: “Usyk is one hell of a fighter.

“If you knew my story, you’d understand the passion.

“I’m not an amateur boxer.

Speak up on matters that affect governance, group urges Rivers…

“I was going to jail and I got bail and I started training.

“If I got sentenced, I wanted to be able to fight.

“It shows the passion we put into this.

“For this guy to beat me tonight, it shows the level of hard work he must have put in.

“So, please give him a round of applause as heavyweight champion of world.

“This guy here is phenomenal.”

Speak up on matters that affect governance, group urges Rivers people, others