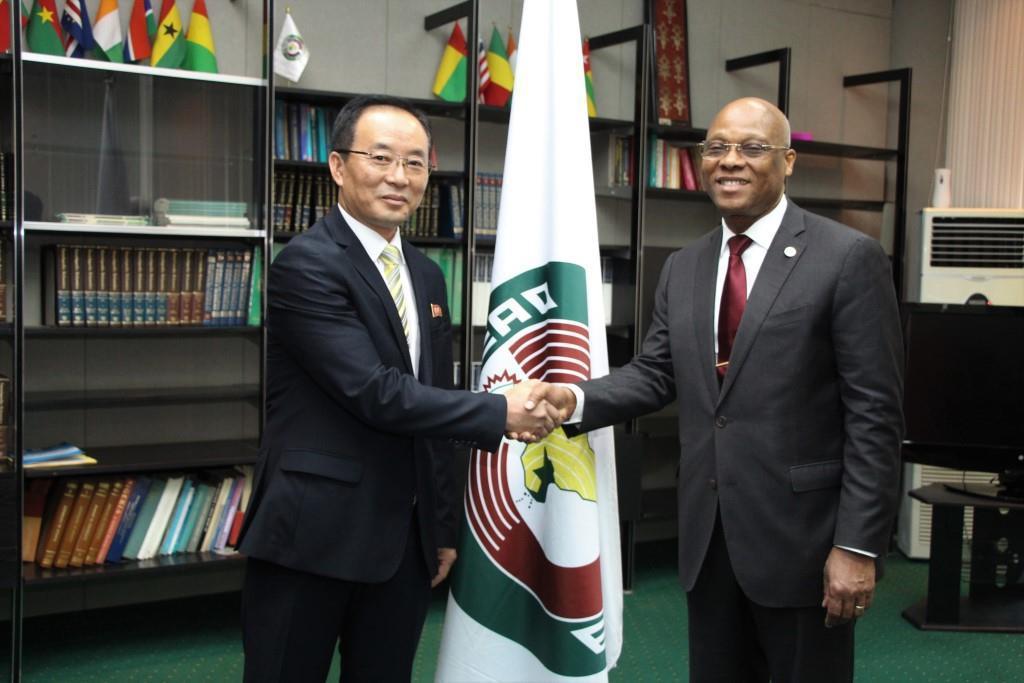 He said this on Monday in Abuja in an interview with News Agency of Nigeria (NAN) on sideline of activities marking the 107th birthday of Kim Il Sung.

According to him, Kim Sung is a great leader who fought to build our country into powerful independent socialist state with self-reliance and self defence.

“The traditional relationship of friendship and cooperation between the Federal Republic of Nigeria and DPKR have further been consolidated and developed.

“We sincerely wish Nigerian people greater success in maintaining peace and security and in consolidating the national unity and making the country prosperous under the leadership of President Muhammadu Buhari.

“There are many areas that we can still work together; it must not be limited to just economy and culture.

“Our bilateral relations can be further expanded to other areas, such as security, medical services and we are working with the Nigerian Government to find ways to expand our long standing friendship,” he said.

He said that Sung’s achievents were reasons that not only Korean people but progressive people across the world praised him as the eternal Sun and “celebrate his birthday also as the day of the Sun.”

He also said that Sung supported and encouraged the struggle for building of new societies of the progressive people over the world including African countries.

The News Agency of Nigeria (NAN) reports that April 15, every year is celebrated by North Koreans as birthday of Eternal President Kim Il Sung with long weekend tours. (NAN)