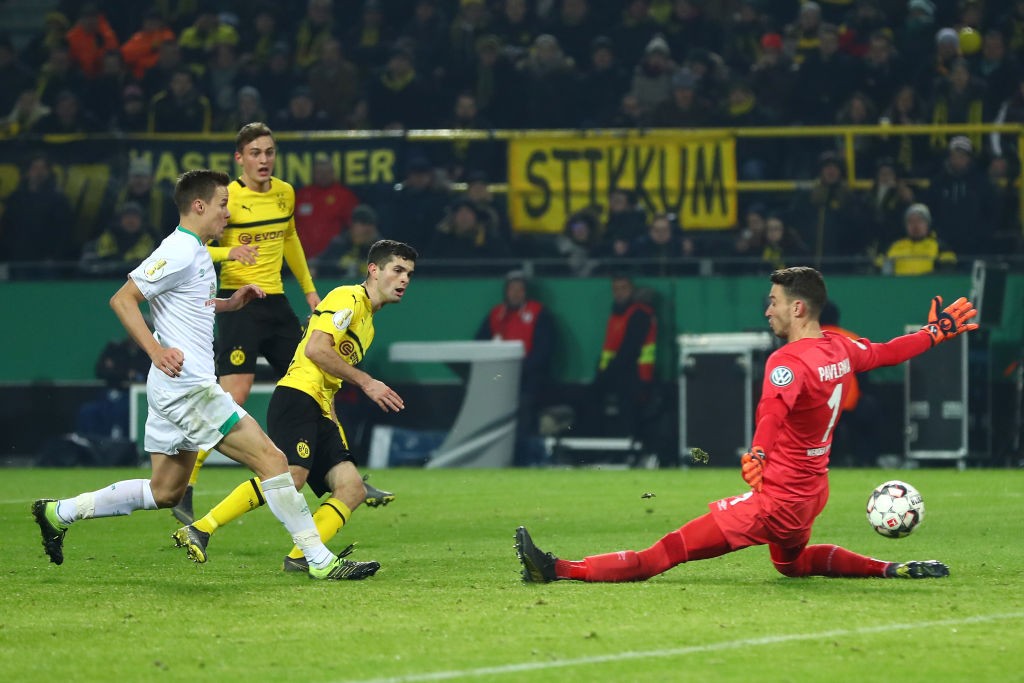 Borrusia Dortmund were knocked out of the German Cup by Werder Bremen following a penalty shootout after a thrilling 3-3 draw at home on Tuesday,

This was after the Bundesliga leaders twice threw away the lead in extra time.

Bremen  who are 10th in Germany’s top flight, took a fifth minute lead through Milot Rashica but Dortmund captain Marco Reus levelled in first half stoppage time from a free kick but had to be substituted due to injury after the interval.

READ ALSO:INEC distributes 90% of PVCs to registered voters in Bauchi

U.S international Christian Pulisic put the home side ahead at the end of the first half of extra time, but Claudio Pizarro promptly levelled for Bremen after the second interval.

A strike from Achraf Hakimi looked to have clinched Dortmund’s place in the next round but Martin Hamik netted in the 119th minute, forcing a penalty shootout.