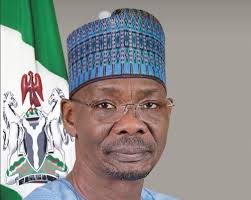 Governor Abdullahi Sule of Nasarawa State has expressed concern over the return of percentage payment for local government pensioners across the state, describing the trend as ‘unacceptable’.

Governor Sule made his feelings known when he addressed local government chairmen who came to pay him Sallah homage at the Government House, on Friday.

The governor showed concern that after meeting with the council chairmen where they all agreed to pay the June salaries and pensions, some local governments were unable to pay pensioners and have come up with a payment formula involving percentages.

While commending the council chairmen for heading to his directive to pay the June salaries, he, however, expressed dismay over the decision of the council to resort to percentage payment for council pensioners.

“I’m very worried about going back to percentage pension payment, even if they are better than what obtains previously.

“Since we have gone to one hundred percent, I find it difficult to go back to percentage,” the governor said.

As a way out, Governor Sule tasked the council chairmen to put on their thinking caps with a view to resolving the matter.

He particularly singled out the chairmen of Akwanga, Nasarawa Eggon and Lafia local government areas, urging them to take immediate steps to address the gradual return to percentage pension payment for council retirees.

“It’s either you go and be more prudent in carrying out a thorough work identifying who are entitled or to generate revenue to pay everybody. But anything halfway is not good for us,” he said.

To this end, the governor gave the affected council chairmen to reach out to investors mining minerals in their areas towards generating revenues.

Governor Sule restated his commitment to ensuring full autonomy for council chairmen but however urged the chairmen to do the needful to guarantee their autonomy.

“In as much as I’m a hands-on manager, when it comes to local government administration, I’m trying the best I can to stay out of it, so that I can allow you to be able to do your work properly,” the governor said.

Earlier, Chairman of the Association of Local Government of Nigeria (ALGON) and Chairman, Lafia Local Government Area, Alhaji Aminu Maifata, conveyed the decision of the people at the grassroots to remain law abiding, as well their willingness to give the necessary support towards ensuring that the governor achieves his laudable objectives for the state.

Maifata equally told the governor that the people they represent across the 13 council areas have expressed their appreciation for what the governor has done within his first one hundred days in office.

“Each and every local government has benefited from one project or the other. We are grateful for this wonderful performance and we are ready to continue in this spirit of support and loyalty,” the chairmen told Governor Sule.