Don’t blame INEC on the mix-up of materials – REC 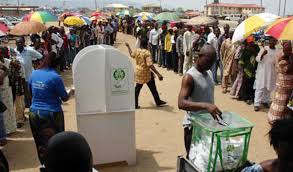 The Resident Electoral Commissioner  (REC), in Imo State, Prof. Francis Chukwuemeka Ezeonu, has exonerated INEC from the mix-up of election materials been experienced in this period of election in the country.

He told newsmen, in Owerri, while reacting to the reported missing materials for Imo State that the INEC materials for the election were packaged over see and sent to Nigeria

He said that it could be possible that materials for Imo state could be found in another state the same way the result sheets for Gombe State were found in Imo State and INEC should not be blamed for that.

He revealed that Imo State has 4758 voting units adding that INEC has procured trackers that would monitor the election all over the state.

He said that distribution of election materials to the respective Local Government Areas of the state have commenced assuring that the election would be conducted freely.