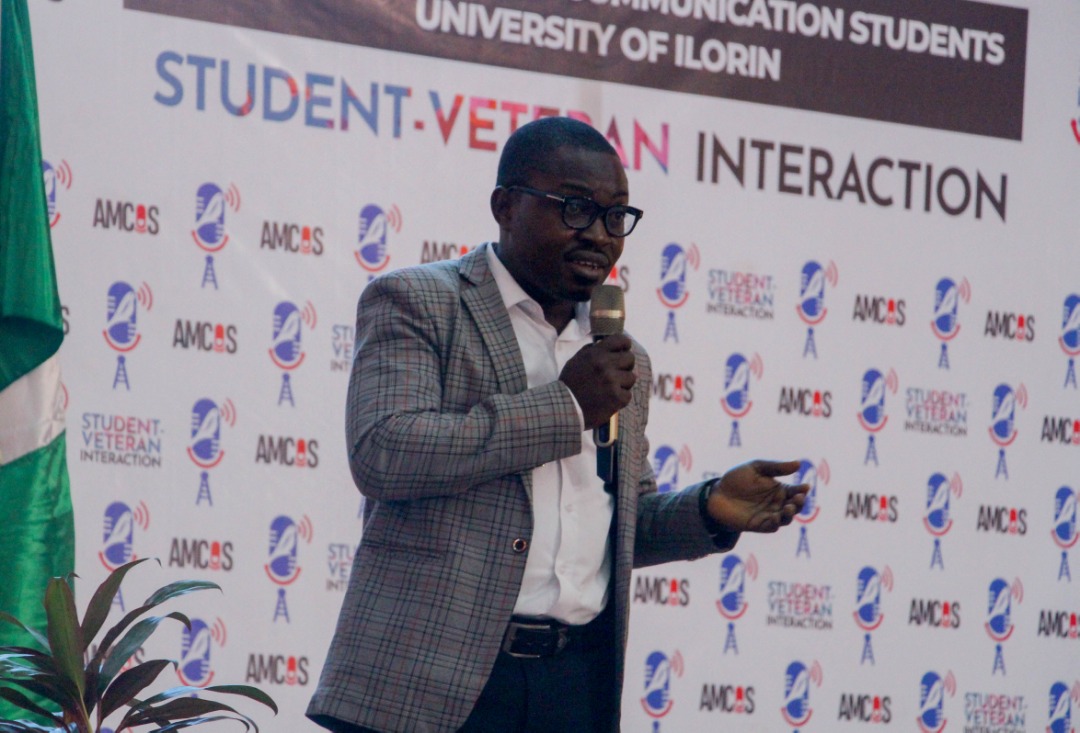 Media professionals and communication scholars have advised communication students in tertiary institutions to avoid promoting fake news which is circulating on social media.

They described fake news as one of the biggest challenges bedeviling the society, and urged them to be wary of unconfirmed information  circulating through social media.

Speaking at the 2020 edition of the student-veteran interaction, organised by the Association of Mass Communication Students, AMCOS, University of Ilorin, the media professionals tasked the students to instead use social media to develop their skills rather than using it to circulate fake news.

While speaking on the theme of the event titled: “Challenges of New media in the communication Industry”, Mr Muritala Ayinla of the New Telegraph Newspaper and a Lagos Governor’s Office Correspondent, said that fake news is the fastest growing menace in the communication industry which seems to have damage the confidence people have in the media as means of disseminating authentic information.

“Unarguably, one of the biggest challenges in the communication industry today is the incursion of fake news which is, in most cases, threatening the authenticity of real news. Its spread is likened to a virus intruding into and destroying every fabric of the society, threatening the nation’s unity. Like the dreaded coronavirus and other pandemics, the threat of fake news knows no boundaries: race, religion, status and other variables. Its consequences are felt by the high and the low; its dangerous trend has tainted the image of the mighty and the weak,” he said.

To tackle the menace, Ayinla tasked the students to use social media to disseminate  factual account of events and fact-checking of every bit of information at their disposal before publishing or spreading such information.

Ayinla, who also cited the fake news on President  Muhammadu Buhari’s  second wife allegation and the case of a Nigerian, Dauda Onoruoiza, said to be involved in the Boeing 737-800 Ukrainian Airlines crash in January 8,2020, added that media professionals must also embark on due diligence before rushing to publish their reports.

On his part, the Head of Mass Communication Department, Dr Mustapha Kayode Lambe, urged the students to uphold professionalism through their  conduct while making use of the new media.  He explained that the essence of the Students-Veteran Interaction, which is the first of its kind in any school of communications studies, was to sensitise the students on what obtains after the class room as well to enable them to make informed decision on what aspect of Mass communication they want to specialize.

Dr Lambe said the university had made free Wi-Fi available for students to enable them to carry out research and add value to themselves, adding that the department would continue to trail blaze innovations that will distinguish its graduates from other universities in Nigeria and globally.

Also speaking, Mr Emmanuel Nwachkwu of PR Redline tasked the students to embrace the positive use of the new media instead of just posing for pictures or engaging in other mundane activities on it. He likened the new media to a market where all manner of distractions take place, adding that to actively use the technology, one must focus on the goal one intends to achieve.