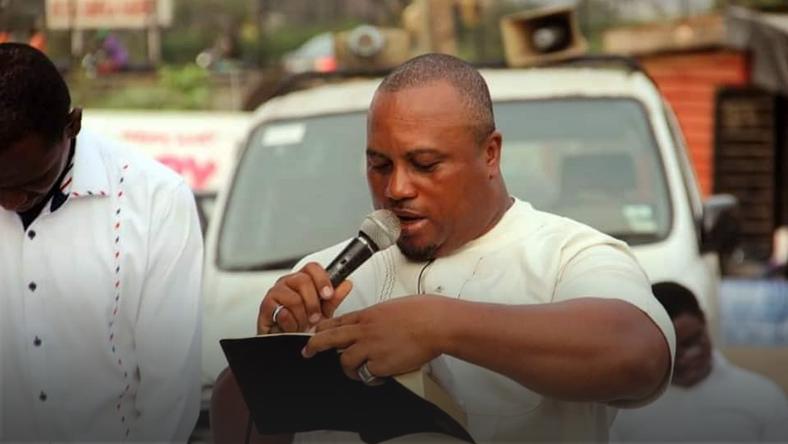 Nollywood actor, LinChung Oliver, a.k.a. Silvanus in `Do Good’ has passed away after a car crash on his way to Lagos after attending his mother’s burial in his hometown.

Basorge Tariah, the producer and star actor in the sitcom `Do Good’, took to his instagram to announce the death.

He said: “My Heart is so so heavy right now. I am in a dark and painful place. Tragedy is a euphemism. We just lost SILVANUS of DO GOOD.

”My dear brother was returning from the burial of his mother when death added my friend to his mean account. RIP. These tears won’t stop flowing.

“Am so speechless and so sad. You were such a lovely soul. You smile, you play and never complained.

“You leave a vacuum that most of the world cannot fill. I will miss you so much, it burns my heart. Sleep! Sleep great and awesome Talent. Sleep.”

Oliver is widely referred to as LinChung and Sylvanus for his role in Basorge Tariah Jnr produced series, ‘Do Good’.

He once worked at Star FM on a radio programme alongside a few other comedians.

Oliver’s death is coming days after that of Abe Ishola Monsurat Olabisi aka Bisket.

His death made it the eighth in Nollywood since January 2019.

Bisket died almost three months after the death of Gbenga Akintunde aka Burger, who died at the age of 47 on January 4.

On January 4 Adewale Olarenwaju, aka Ishow Larry died while Funmilayo Ogunsola aka Ijewuru died on February 4.

On February 27, the death of another actor, Rotimi Alfred Popoola was announced by the Ogun state chapter of the Theatre Arts and Movie Practitioners Association of Nigeria.

Tony Anyasodor’s death makes it the fifth in Nollywood since January 2019.

On Tuesday, March 12, the death of ‘Behind the Clouds’ producer, Paul Emema, was announced by one of his colleagues. (NAN)