Disquiet in AFCSC over appointment of AVM Alade as Commandant 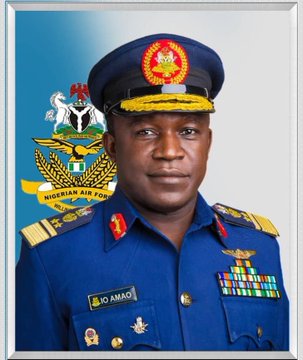 The recent shake-up in the Nigerian Air Force which brought about the appointment of AVM Ebenezer Alade as the new Commandant of Armed Forces Command and Staff College (AFCSC), Jaji, Kaduna state has drawn the ire of senior officers, especially holders of Directing Staff qualification within the Nigerian Airforce and also the College.

It was gathered that since 1999, that consensus was reached that the appointment of Commandant for AFCSC has been alloted to Nigerian Air Force, all senior officers who have presided over the affairs of the College were Directing Staff (DS) holders.

One of the Senior Officers who spoke under the conditions of anonymity said that the Armed Forces Command and Staff College is a joint service institution established to produce operational-level military officers of highest professional standard.

“It is very unfortunate today that the new Chief of Air Staff, Air Marshal lsiaka Oladayo Amao has sacrificed the norms and values of the college on the altar of ethnicity by putting one of his tribesmen in a position he did not merit.”

This, according to the officer, is even against the precedent set by the previous CAS.

“Senior officers from the Air Force have never been appointed as Commandant of AFCSC, Jaji, without obtaining what is known in the military as Directing Staff (DS). That he must have been a Directing Staff in the course of running his Junior Officers course (JD) and Senior Officers course (SD) before such an officer can head a formidable institution like AFCSC, Jaji.”

Speaking further, the officer said that the appointment of AVM Alade as the Commandant of AFCSC by CAS Amao is capable of bringing down the glory of the college which has been up since Commandant allotment was given to the Nigerian Air Force Force since the days of 14th Commandant, AVM AO Ogundana on June 1999. 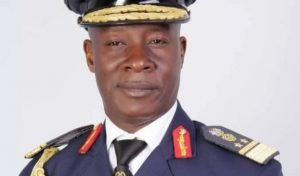 He added that the 25th Commandant of the College, AVM AS Liman who handed over in March 2021 to AVM Ebenezer Alade as AFCSC Commandant is also a DS and wondered why CAS Amao has to compromise the office of AFCSC Commandant with his appointment of AVM Alade.

“AVM Ebenezer Alade has never being a Directing Staff (DS) despite attending AFCSC, Jaji. Even if he claimed to be a Directing Staff of the National Defence College (NDC), that still is not prerequisite for the position of Commandant of AFCSC. As a matter of fact, AVM Alade has never headed any Unit before in the Nigerian Airforce until he was made Commander of Air Force Unit in Enugu in 2015. During his starwardship as the Commander he forcefully collected a sum of two million (N2,000,000) from one Mrs Maduka who was the headteacher of NAF primary school. The money meant for the daily running of the school.”

According to the officer, it is a tradition by NAF education directorate to leave certain percentage of the school inflows to them for ease management of the school, and that was same money that AVM Ebenezer Alade collected from the school’s account without having authority over the money and affairs of the school.

“In 2016, AVM Alade repeated same thing in Makurdi when he was Commander in 151 BSG Makurdi. He approached one Mallam Abubakar who was the headteacher of the NAF primary school, Makurdi and forcefully requested for the sum of Five Hundred Thousand (N500,000) from the headteacher just because he believed that the primary school should be under him. The said school has financial autonomony from the affairs of 151 BSG Makurdi.”

Some other officers who spoke to reporters  wondered why Air Marshal Amao decided to give such sensitive position to AVM Alade who allegedly has an history of financial recklessness.

“Armed Forces Command Staff College (AFCSC) is an institution that comprises of the three armed forces and even participants come from abroad. Whoever that must preside over the affairs of such institution must be a qualified and morally upright officer.” Not one with a strong questionable pedigree. An officer is not only an officer but one who is also a gentleman indeed.”

Also speaking, another officer equally said that AVM Alade does not deserve the position because of his pedigree of financial recklessness. This will definitely Rob off on the college and it’s staff and students, he stated.

“CAS Amao has the opportunity of appointing one of the qualified fighter pilots and DS holders and who will even be acceptable to the entire armed forces rather than AVM Alade. One of such qualified officers is AVM MA ldris, that has been posted to Command Armed Forces Resettlement Centre, Oshodi in Lagos. ”

The officers also called on President Muhammadu to urgently come to the aid of the college and also ask CAS Amao what is the prerequisite he used in appointing AVM Alade, while abandoning many of Alade’s coursemates who are better qualified than him; most especially those with double dagger (meaning A+) category of officers.

Perhaps, this is the era of nepotism. May God help us to overcome this ethnic bigotry ravaging Nigeria, the officer stated.  (www.thedispatchng.com)