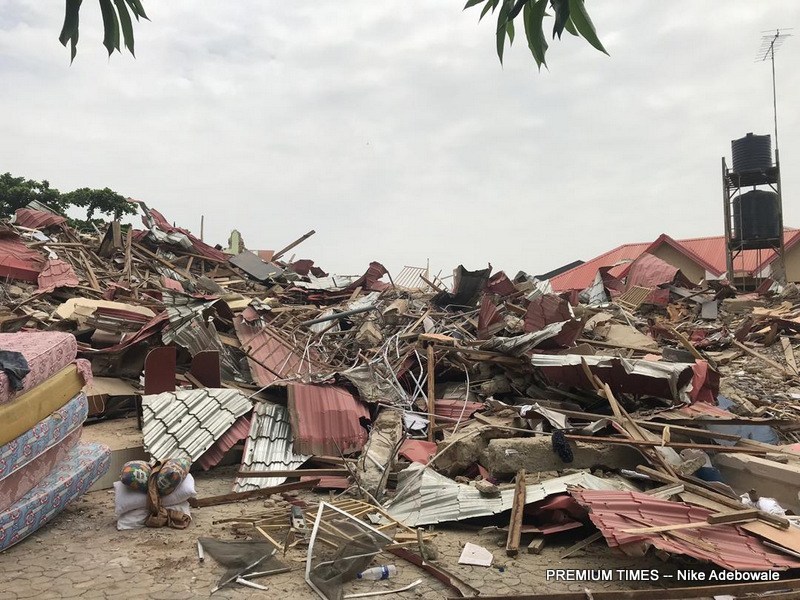 The minister confirmed this development while fielding questions from State House correspondents at the end of the meeting of the Federal Executive Council (FEC) which was presided over by Vice-President Yemi Osinbajo at the Presidential Villa, Abuja, on Thursday.

The Federal Capital Territory Development Authority (FCDA) through its Department of Development Control (DDC) had on Monday demolished the controversial Caramelo Lounge for allegedly contravening the FCT land use regulations.

The FCDA authorities also revoked the Certificate-of-Occupancy (C-of-O) issued on the plot.

Bello explained that everything in Abuja was being governed by laws, rules and regulations through the Abuja Master Plan and any violation of the plan would attract sanctions from relevant authorities.

According to him, the master plan makes provisions for all activities including night clubs, saying that it does not allow a person to convert a building meant for a clinic into a night club.

“I’m quite interested also with the way I see the feedback from the wider community.

” I have had cause to discuss with many of your colleagues where many people felt that this minister has not been demolishing.

” As a matter of fact `he is not demolishing so he is not working’ – it is due process, brother.

“As a matter of fact that all the regulations were there – that property is no longer owned, it has been reverted to government because it is very clear, check any C-of-O, you will see the conditions.

“If there is a flagrant abuse and there are no efforts to correct that abuse, it reverts back to government.

“But I want you to be rest assured that for every demolition you see maybe a hundred were saved.

He urged Nigerians to ” go that extra mile and follow the law,’’ (NAN)