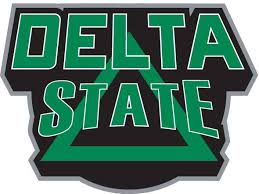 Following incessant attacks and wanton destruction of lives and property, a community in Delta State, Uwheru kingdom in Ughelli North Local Government Area, has banned the sale and consumption of beef among the communities affected by the recent attack where many lost their lives.
Chairman of Agadama community, Sunday Iniovogoma, who confirmed the ban, disclosed that the decision was taken by the leadership of Uwheru kingdom in a meeting held on Saturday, led by their monarch, Odio R’Ode of Uwheru kingdom, Agbaivwe III.
Iniovogoma further stated that any person who flouts the ban “will equally be banished from the communities or made to pay a particular amount as fine, depending on the gravity of the offence.”

READ ALSO:http://Emir of Yauri honours Gbajabiamila with traditional title in Kebbi
Meanwhile, the Nigeria navy has debunked reports that its operatives had threatened to destroy communities in the kingdom if corpses of those reportedly killed by armed Fulani herdsmen were not exhumed.
Similarly, Hon. Francis Waive, the member representing Ughelli North, Ughelli South and Udu Constituency in the House of Representatives, has urged the Federal Government to investigate the incident as well as reported attacks by some soldiers on indigenes of the areas.
During his condolence visit to to Agadama at the weekend, Waive stated: “We have to find out what happened to know the exact situation and enduring solutions that will ensure that this does not repeat itself because what has happened to the people of Agadama and Avwon is condemnable and it calls for unbiased investigations.
“There should be proper investigations to unveil whoever that is behind this gruesome attack and be brought to book to face the wrath of the law. Your pain is my pain and I am in touch with the authorities concerned to ensure that you are all protected.”
The Nigerian Army has also denied that any of its personnel took part in the crisis, as alleged by an official of the Delta State Commissioner for Higher Education, Prof. Patrick Muoboghare. The commissioner had reportedly claimed that soldiers threatened to destroy the communities if they fail to exhume the corpses of those allegedly killed by the herdsmen during the incident.
Reacting through a statement yesterday, Assistant Director, Army Public Relations for 63 Infantry Brigade, Captain G. A. Okupe, said rather its troops that responded to the distress call in the community, “were attacked by youths of the community with arms and weapons thereby injuring two of the soldiershttp://Emir of Yauri honours Gbajabiamila with traditional title in Kebbi
The Ijaw can be found in Bayelsa, Rivers, Delta, Edo, Ondo and Akwa Ibom states.

Nigerians lambast lady who said she will kill her husband if he cheats on her.