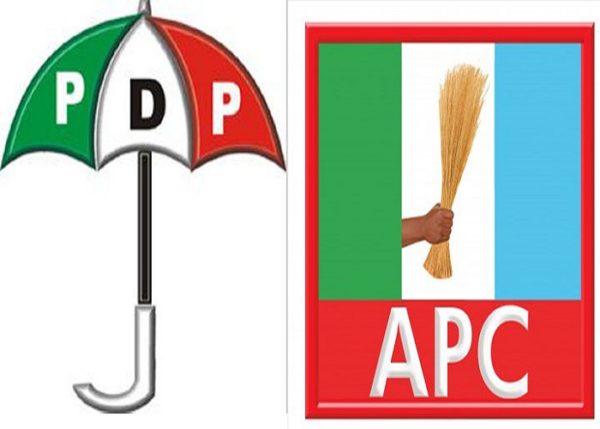 The Peoples Democratic Party (PDP) in Imo has attributed lack of political value, hunger and low morale to those who defected from the party to ruling All Progressives Congress (APC) in the state.

The state PDP Acting Chairman, Mr. Martin Ejiogu, stated this at a news conference on Thursday in Owerri while reacting to the array of defectors to APC in the state.

The News Agency of Nigeria (NAN) reports that former chairman of PDP in Imo, Mr. Babatunde Ezekwem, the Publicity Secretary of the party, Damion’s Opara, former state Youth leader, Williams Ahanonu, among others, have defected to APC.

They were officially received by APC leadership in the state on Thursday.
Ejiogu said the defection was driven by hunger, low morale and lack of political value.

He said the defectors were not relevant to PDP as their positions had been occupied by more committed members.

He said, “We are not bothered by their exit because none of the defectors delivered their polling unit at the 2019 general elections.
“They were all liabilities to the party and now that they have left, we will be stronger to fight a common goal,” he said.

He said the party considered the development as worthless and advised the APC to be wary of the defectors whom he described as “Gold-diggers”.

Ejiogu said the defectors had all along worked vehemently against the interest of the party during the 2019 general elections.

He noted that the defection to the APC were essentially orchestrated by selfish motive because of the zoning arrangement of the party which did not favour them.

Ejiogu added that the leadership inclination to rejuvenate and fortify the party made it to do away with incompetent and insignificant party officials perceived as “deadwoods”.

“Besides, they had in principle left the party a long time ago because what played out earlier today was a mere drama; a dummy from a script that had been written months before now,” he said. (NAN)