Death rumour: What I discussed with Tinubu in London, by Gov. Sanwo-Olu 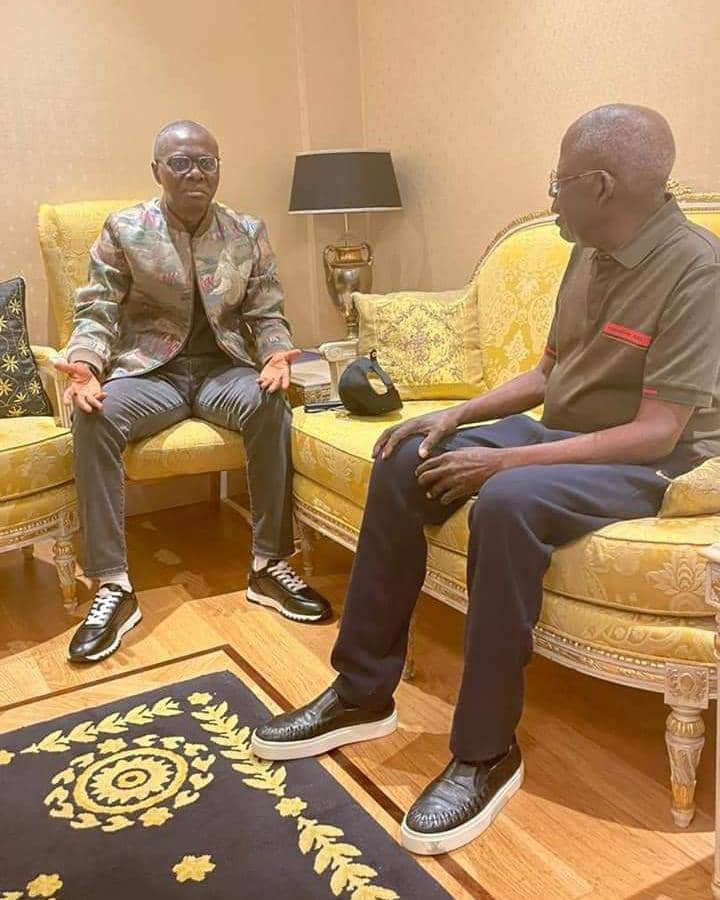 Governor Babajide Sanwo-Olu of Lagos State has disclosed what he discussed with the national leader of All Progressives Congress (APC), Asiwaju Bola Ahmed Tinubu, when he met him in London two days ago.

It is recalled rumour had gone into town that the APC leader was sick and was on admission in an hospital in London. There were also rumour he had passed away.

However on Tuesday, pictures surfaced of Governor Sanwo-Olu in a discussion with the APC leader in his home in London, putting to rest rumour of his death.

While addressing journalists at the State House, Ikeja, on Wednesday, Governor Sanwo-Olu said the APC leader is hale and hearty, adding both discussed issues surrounding the party and the country as a whole.

“You saw the pictures. It’s our leader I went to see in London. Our discussion is just around rumour about his health. He is healthy.

“We conversed and we talked about what is happening in our party and the nation. There is nothing to worry about because pictures doesn’t lie,” he said.