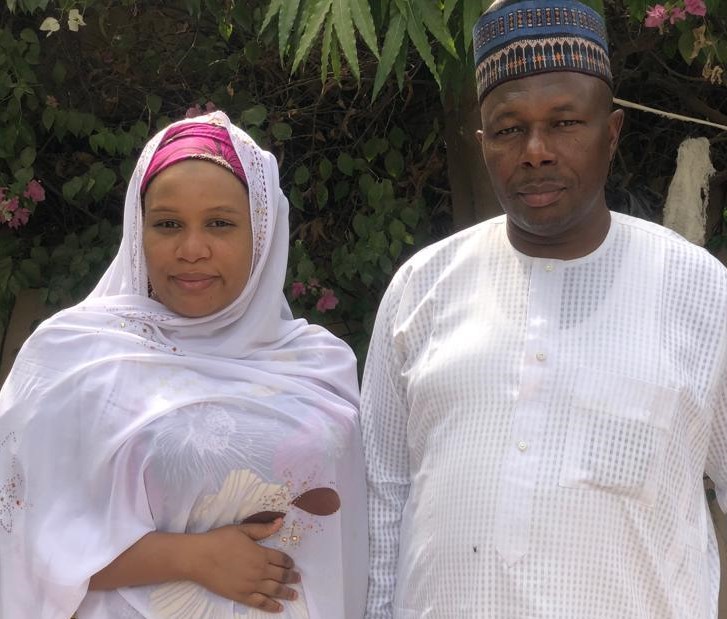 Mrs. Habiba Abdulsalam, daughter of the Deputy President of Nigerian Guild of Editors (NGE), Mallam Suleman Uba-Gaya, who was abducted recently, in Kano State, has regained her freedom and has since been reunited with her family.

Speaking on the terrifying incident, Uba-Gaya said that his daughter miraculously escaped from her kidnappers’ den on Saturday night.

Gaya, who disclosed that the abduction of his daughter happened between 5 and 6 pm on Friday evening, described the incident as most ‘horrific and traumatic’ for him and the extended family.

He said they could not sleep properly, just as many of them were traumatized and lost appetite for foods.

He added that they got to know of Habiba’s kidnap when his younger brother called some few minutes past 5pm to inform him that his daughter’s phone number was not reachable, after she had spoken to a close family member at about 4:49p.m.

“On the fateful Friday, Habiba went to plait her hair in the house of one of her friends. And after making her hair, she then proceeded to my late father’s house in Kano metropolis.

“But the ugly fate that would later befall my daughter started when she boarded a tricycle, and the Keke rider thereafter took two other women at various locations in Kano town, immediately he carried her.

“According to my daughter, the Keke rider then took a road leading to the popular Aminu Kano Teaching Hospital. Immediately, a bus came and overtook them. It quickly stopped, and three hefty men emerge and whisked them into the vehicle and zoomed towards Zaria.

“When the kidnapers arrived at an area in Kaduna that Friday evening, they took my daughter and the two other women to an unknown house. They were blindfolded and taken to a thick forest in Niger State,” Mal. Gaya narrated.

However, Mal. Gaya explained that his daughter’s escape was miraculous in nature, owing to the intensive supplications offered by family members and teeming well-wishers, since the news of her abduction broke on Friday.

Uba-Gaya further said that Habiba’s freedom was secured without paying any ransom to the kidnappers even when some members of the family had started negotiating the sale of assets in case.

Narrating her escape, Uba-Gaya continued, “What happened was that on Saturday night, my daughter told her abductors that she wanted to relieve herself.

“So, one of them followed her to an isolated area, some metres from the place they were held hostage. But unexpectedly, the man who accompanied her to urinate told Habiba that she had been disturbing them and told her to leave them alone.

“So, my daughter took the opportunity and took her heels that night. By Sunday morning, she arrived at a certain settlement in Niger State, where she met some people and narrated with tears her ordeal.

“They took her to Dikko Junction, along Kaduna-Abuja highway and gave her a phone to call her family about her escape.

“We are glad that Habiba was not hurt by her kidnappers. Right now, she is back in Kano after boarding a flight from Abuja yesterday. Her abduction and subsequent reunion with us was without paying a dime as ransom.”

The Deputy President of NGE expressed gratitude to the Police, and other security agencies, especially the Army for the robust intelligence gathering on the circumstances surrounding his daughter’s abduction and the timely release by the kidnappers.

NRC to roll out more coaches on Abuja-Kaduna service