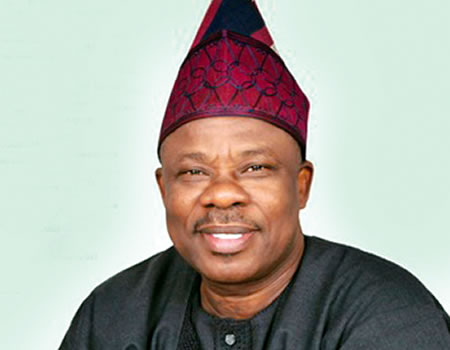 The transition committee team set up by the Ogun State governor-elect, Prince Dapo Abiodun, has reportedly been denied access to some state-owned facilities for inspection allegedly by the Ogun State Government.

The denial to the facilities, which was contained in a letter made available to newsmen, in Abeokuta, the Ogun State capital, on Thursday, was consequent upon a request made by the committee, chaired by the deputy governor-elect, Noimot Salako-Oyedele.

According to reports, the committee requested to access some key government facilities for inspection.

However, Secretary to the State Government (SSG), Taiwo Adeoluwa, said the facilities were being used for government business.

Dated May 8, 2019, the letter read, “I wish to restate that His Excellency, Senator Ibikunle Amosun, has directed that your committee shall be offered full cooperation and assistance in the discharge of your mandate.

“The challenge, however, appears to be that most of the facilities indicated in your text message – the Valley View Auditorium, the Presidential Lodge, Mitros, June 12 Cultural Centre, Stadium – are currently being used for the routine business of governance and therefore may not be available until about a few days to the May 29 inauguration as we had duly notified during our inaugural joint meeting of Monday, April 29, 2019.

“As you are aware, the state is preparing for the working visit of His Excellency, President Muhammadu Buhari, during the third week of May to inaugurate a number of legacy projects in commemoration of this administration’s end-of-tenure.

“Understandably, all hands are on the deck and most of the named state facilities will be in use. During the month of Ramadan, the state organises and engages in a number of daily programmes, culminating in the state’s special Iftar for which we routinely use many of the named facilities.”