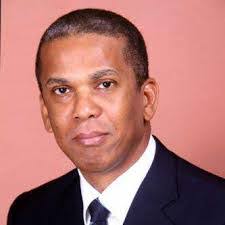 Mr Ede Dafinone, Managing Director, Sapele Integrated Industries Limited (SIIL), has called for improved preservation of the forest to prevent the world from being submerged.

He made the call on Monday during the free tree planting programme held in remembrance of his late father, Sen. David Dafinone, in Sapele, Delta.

Dafinone, who is also a board member of the Nigerian Conservation Foundation (NCF), said that the world was at risk of being submerged, if urgent steps were not taken to preserve the forest, animals and trees.

He stressed the need for preservation of the forest, in the interest of the younger and yet unborn generations, adding that this was the core mandate of the NCF.

“Thirty years ago, the forest of Nigeria covered about 30 percent of the land but now, even with the satellite, forest in Nigeria covers about four percent and our mission is to take it back to that 30 percent.

“Also, about four weeks ago, there was fire outbreak in the Amazon forest in South America, which caused sea level to rise around the world by half an inch.

“If this is allowed to continue, some islands around the world will soon be underwater.

“Even in Lagos, if the sea level rises by two or three inches, some parts of the city will also be underwater.

“So there is a threat to the whole world, and if we do not preserve our forest, animals and trees, the lower line lands will eventually be submerged,” he said.

Dafinone called for planting of trees to protect the world against the dangers of global warming.

He said that the planting of an ‘iroko’ tree in honour of his late father was to serve as an everlasting remembrance.

“One of the things we are doing today is to plant trees, to send signal to the rest of Nigerians that we need to preserve our forest.

“If all of us die, this ‘iroko’ tree we are planting will still be here in the next 200 years to remember our daddy.

He also said that the company commenced production in 1998, adding that it had staff strength of 400, comprising indigenes and expatriates.

“Our chairman initiated the idea of having a raw material feed system and commenced the process of land acquisition for rubber plantation.

“As at today, 1,100 hectares of land have been planted with rubber trees, with matured field put at 70 percent,” he said.

The News Agency of Nigeria (NAN) reports that late Dafinone, who represented the defunct Bendel South Senatorial District in the Senate between 1979 and 1983, died in 2018 at the age of 91.

The high point of the event was the planting of an ‘iroko’ tree in the premises of his company in Sapele by his family.

NAN also reports that the statute of the late business mogul had, on Sunday, been unveiled in Sapele. (NAN)