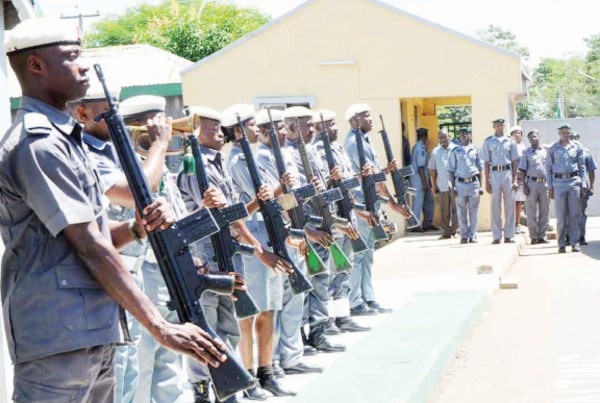 Share
Joy Anyim
The Nigerian Customs Service (NCS) is set to conduct a joint border security exercise.
The exercise is codenamed  ‘Ex-Swift Response’  .
Spokesperson for the Nigerian Customs Service, Joseph Attah, said the exercise was a measure to secure Nigeria’s land and maritime borders.
In a statement issued by the service, on Tuesday, the exercise would hold in collaboration with the Nigerian Immigration Service (NIS), Armed Forces of Nigeria (AFN), the Nigeria Police Force (NPF) and other security and intelligence agencies.
Attah said the exercise would take place in four geopolitical zones of South-South, South-West, North-Central and North-West.
Related Posts

READ ALSO: 2 minors go missing in Lagos community
“The joint exercise is being coordinated by the Office of the National Security Adviser (ONSA) and will take place in four geopolitical zones, namely; South-South, South-West, North-Central and North-West.
“It is expected that the exercise will promote inter-agency cooperation and increase preparedness to address trans-border security challenges such as terrorism, armed banditry, smuggling, proliferation of small arms and light weapons, amongst others.
“The exercise will also involve the movement of personnel, vehicles and equipment within the affected parts of the country. Therefore, we call on members of the public not to panic and should continue to engage in their normal duties. The overall objective is to ensure a peaceful and secured country in the interest of our National Security,” Attah said.