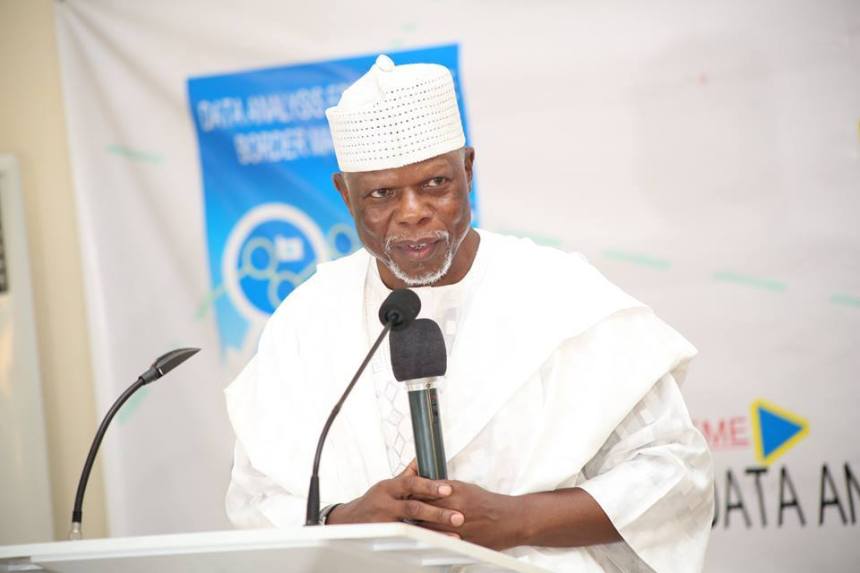 Following the closure of all land boarders with the nation’s neighbouring countries, a whopping sum of N6 billion is said to be raked in by men of the Nigerian Customs Service on a daily basis.

Comptroller-General of Customs, Col. Hammed Ali (rtd.), disclosed this in Lagos, on Tuesday. Ali attributed this rise in revenue to increased activities at the nation’s seaports.

Col. Ali was represented by the ACG/Zonal Co-ordinator, Zone A, KayCee Ekekezie,

It was also disclosed that before the closure in August 2019, daily duty collections hovered between N4 billion and N5 billon.

According to the Customs boss, “The NCS daily collection before the border closure ranged between N4 to N5 billion but now, the NCS collects N5billion to N6 billion daily as a result of the rise in activities at the nation’s sea ports,” Ali said on Tuesday at a forum on the “impact of land border closure on the Nigerian economy.”

The forum was organised by the Lagos Chamber of Commerce and Industry (LCCI), and the support of Center for International Private Enterprise (CIPE) in Lagos.

Ali also said the border closure had led to a 30 per cent drop in fuel hitherto supplied by the Nigerian National Petroleum Corporation (NNPC) for local consumption.

He added that the sums being realized from the ports would help the Federal Government provide more infrastructures and add fillip to critical sectors of the economy.

He continued,  “This (money) will be used to build more infrastructure  and develop critical sectors of the nation’s economy.

Ali also stated that before the border closure, NCS had engaged the customs of neighboring countries severally, drawing their attention to the need to comply with ECOWAS protocols on transit of goods and persons.

“The protocol demands that when a transit container berths at a seaport, the receiving country is mandated to escort same without tampering with the seal to the border of the destination country.

“Unfortunately, experience has shown that our neighbours do not comply with the protocol, rather they break the seals of containers on transit to Nigeria at their ports and transload the goods in open trucks    which belongs to their country. The trucks will in turn make entry into Nigeria and trans load same onto Nigerian trucks.”

On her part, President of Lagos Chamber of Commerce and Industries (LCCI), Mrs. Toki Mabogunje, said the border closure has had positive as well as negative implications for the nation’s economy.

In her words,“We have seen appreciable increase in domestic rice and poultry products production and decrease in   fuel smuggling to neighboring countries. The directive paid off for the NCS as revenue generated by the agency increased to N1.34 trillion in 2019 from N1.2 trillion in 2019” she said.

On the flip side, she said, the border closure has triggered inflationary pressures through rising food prices.

She added  that   food inflation continues to uptrend, hitting a record 14.7 per cent in December 2019, the highest in 20 months.

She said the policy had also led to unplanned losses for manufacturers, especially those who export their products by road.