Customs facilitates clearance of over 1,000 containers at Apapa Port – Controller 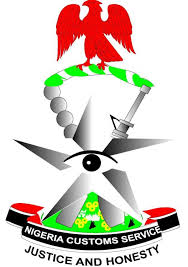 Comptroller Bashir Abubakar, Controller, Customs Apapa Area 1 Command, says more than 1,000 containers with different challenges are being streamlined for quick clearance by stakeholders at the Apapa Port.
Abubakar said this in an interview with the News Agency of Nigeria (NAN) in Lagos State on Friday.
He said the containers had piled up due to non-compliance by importers and exporters with cargo clearance guidelines, hence the intervention of the command to decongest the port.
“There is need for more public enlightenment because we have realised the problem of importation and issues of export had more to do with the stakeholders,” he said.

He added that officers of the service were operating under guided principles and that there was a time frame for containers coming through the seaports.
Abubakar said the Comptroller-General of Customs, Retired Col. Hameed Ali and his management team were committed to improving capacity of officers as well as stakeholders to enable them achieve 24-hour cargo clearance target.
“One of the tools of improvement of our procedures is the E-Portal. The service is so much engaged with the advanced E-Programming under the Nigeria Integrated Customs Information System (NICIS) platform.
“The Nigeria Customs Service (NCS) is operating Nigeria Integrated Customs Information System (NICIS I), which is an advanced stage of the Automated System for Customs Data (ASYCUDA).
“As I am talking to you, lectures are ongoing in enlightening our officers to handle new challenges that we have noticed in the programming,” said Abubakar.

He also said the command had made advances in Ease of Doing Business, which was in tandem with the policy of the Comptroller-General of customs since he took over the leadership of the service.
“We ensure that officers and men are trained both within and outside the country. Even today there are some officers leaving the country for training programmes,” the controller said.
Abubakar noted that there was no need for traders to abandon their containers for more than a month.
He assured importers and exporters of quick customs clearance in the command within 24-hours, noting that Apapa port was leading that crusade.
He urged stakeholders who were having issues with the customs procedures to forward their complaint to his office for quick response.
According to him, the intervention from the Federal Operations Units (FOU), the Strike Force and Customs Police have yielded success such as interception of 40 of 40ft containers of pharmaceutical products of tramadol and some harmful drugs. (NAN)

OSUSTECH yet to resume activities as ASUU suspends strike