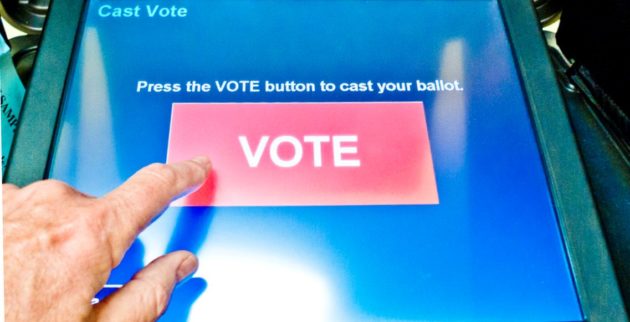 A Civil Society Organisation, Development Integrity Intervention Goal (DIIG) Foundation has advocated for the use of electronic system of voting in future elections to curb malpractices and irregularities.

Oliver Aja, DIIG Executive Director in Ebonyi State made the call in Abakaliki on Thursday at a post-election dialogue session between CSOs and the media.

Aja said that the session provided platform for DIIG, its CSO partners and the media to review the 2019 general elections held in February 23 and March 9.

He said that deployment of electronic voting system would eliminate some of the observed irregularities and malpractices that characterised the elections.

The director, who gave an overview of the election and voting processes in Ebonyi state, noted that preliminary reports obtained by the DIIG indicated widespread malpractices.

“We deployed 330 trained observers across the 171 registration areas in Ebonyi state who observed the two legs of the election.

“There was widespread election irregularities ranging from multiple voting, buying of votes by politicians, ballot box snatching, over voting, Smart Card Reader malfunctioning among others.

“Independent National Electoral Commission (INEC) should consider adoption of complete electronic voting system in our electoral process; it will go a long way in curbing incidences of election irregularities and malpractices such as observed in the just concluded elections.

“And again, if the system is well structured, once you vote with a code which is unique to you, subsequent voting will not be accepted by the machine.

“In the Smart Card Reader, people voted many times with the same Permanent Voter Cards (PVCs) without the card reader detecting multiple voting.

“There is need for INEC to improve on the voting technology to enhance credibility of elections in Nigeria,” Aja said.

He added that INEC should upgrade the PVC to function like the Automated Teller Machine (ATM) card where the owner has a personal code that cannot be used by another person.

The foundation said other factors that affected the smooth conduct of the elections were; that security agencies hindered inter local government area roving observation, party agents were not professional in their conduct.

They further observed that the eve of the election was characterized by violence; results not collated at ward level centres across the state, low voter turnout, many polling units did not paste their results as required and observers were denied access to polling units.

The group also observed discrepancies in the number of registered voters in 12 out of the 13 local government areas in the February 23 and March 9 elections held within the interval of two weeks.

“We urge INEC to adopt early preparatory arrangements in the planning and conduct of future elections in order to nurture and consolidate the nation’s democratic journey,” he added. (NAN)