C&S leader to Buhari: Be ruthless in fighting corruption 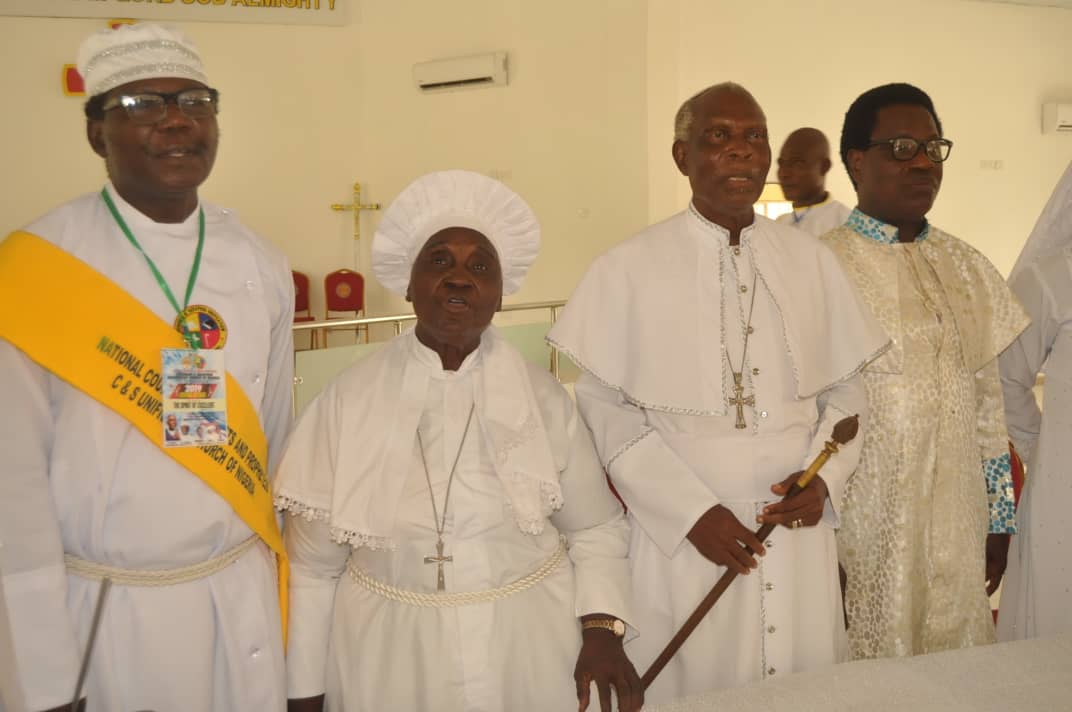 Share
The Supreme Head, Cherubim & Seraphim Unification Church of Nigeria, Prophet Solomon Adegboyega Alao has urged President Muhammadu Buhari “to be ruthless in fighting corruption”.
He noted that corruption has eaten deep into all the facets of the society and it is only a President that is ready to fight it with iron hands that can succeed in curbing the trend.
The Clergyman spoke to newsmen at the weekend during the retreat of the National Council of Prophetess and Prophetess of the Church held at Seraph Land, kilometer 40, Lagos/Ibadan expressway, Maba, Ogun State.
Prophet Alao noted that Nigerians have confidence in Buhari that he would do more in fighting corruption, the reason they voted for him for the second term.
He said, “The little he did in the area of fighting corruption won him the second term but he needs to be ruthless now and fight it without being partisan. The issue of several millions of hard currencies found in an Ikoyi property should not be swept under the carpet. Nigerians must know the outcome of thier investigation on it and another huge cash found at Kaduna airport”.
Related Posts

He said that corruption is ungodly and urged all God-fearing Nigerians to support the President in fighting the hydra-headed monster being  blamed for many socioeconomic problems of the country.
He said Nigeria is sick, both physically and spiritually and urged the Prophets and Prophetesses of the Church to pray for the country.
According to him, “We cannot underestimate the power of prayers in solving our problems in this country. It is the prayers of the faithful that keep us together as one today. We must be the moral compass to our teeming youths who engage in social vices and most importantly pray for the President and all our political and traditional rulers to do what is right in alleviating the suffering of Nigerians”.
He also charged the council to purge itself of bad eggs that give bad image to the church and be more determined to work harder  in winning souls for Christ.

We’ve so many bank officials as fraudsters – Magu