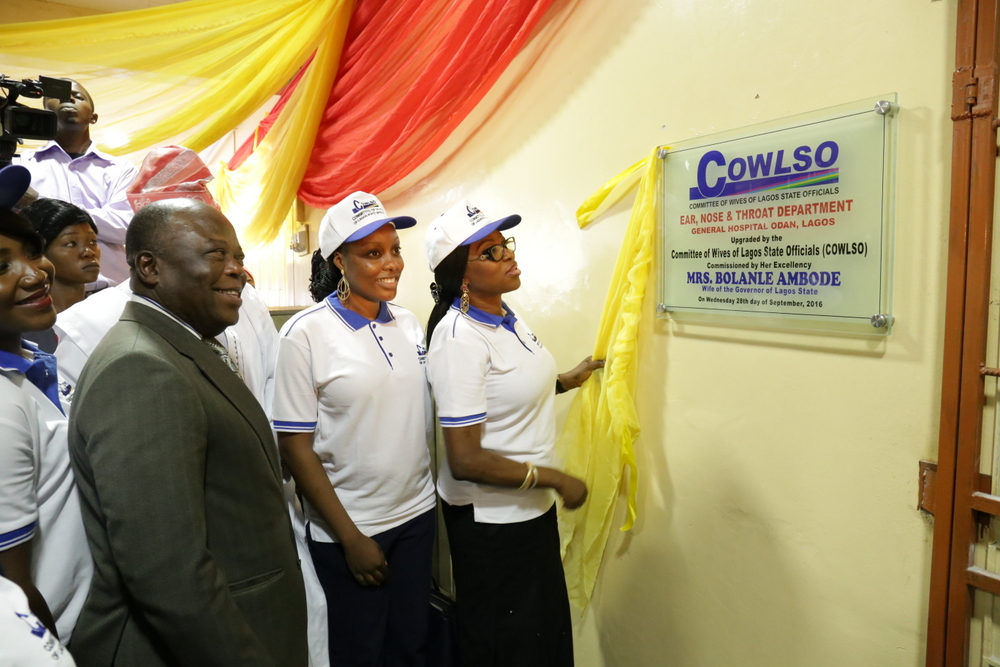 Chairman of COWLSO and wife of the Governor of Lagos State, Mrs Bolanle Ambode, during the handing-over of the items, noted that their vision for pregnant women in the state was for them to have access to world class delivery facilities in public hospitals.

Ambode said ideal child birth was that which ensured the best outcome for the mother and baby, in a safe environment that guaranteed quick recovery from birthing process.

She said it also allowed early and optimum bonding of the baby with the mother.

“My vision and that of COWLSO is that in Lagos State, any pregnant woman, regardless of origin, economic status and location, will have access to quality and safe child delivery experience that is in line with international best practice in any of our public hospitals, at a minimal cost.

“Childbirth has always been one of the life-changing experiences that women go through. Different women go into labour having different emotions and expectations about the process and outcome.

“There is hardly a woman who had been in labour that will not remember that experience, many years after,” she said.

The governor’s wife said that the committee envisioned that the model would be replicated in other government health facilities in future.

Responding on behalf of the benefitting hospitals, the Medical Director of Lagos Island Maternity Hospital, Dr Ademuyiwa Eniayewun, expressed appreciation for the intervention and laudable achievement of COWLSO.

He thanked the committee for their consistent support and effort at reducing infant and child mortality in the state, and for donating the ultra-modern facility where babies could be delivered and nurtured till they were sound in health to go home.

The medical director assured the committee that the hospitals would put the facilities to good use, hoping that the gesture would be replicated in other government hospitals.

The News Agency of Nigeria (NAN) reports that birthing suites are stand-alone delivery units where all three stages of a woman’s labour and delivery take place.

They have their own private conveniences for patient privacy and are fitted with automated birthing beds, ultra-modern vital signs monitors for mother and baby, as well as specialised machines for monitoring the heartbeat of mother and baby and post-delivery care. (NAN)