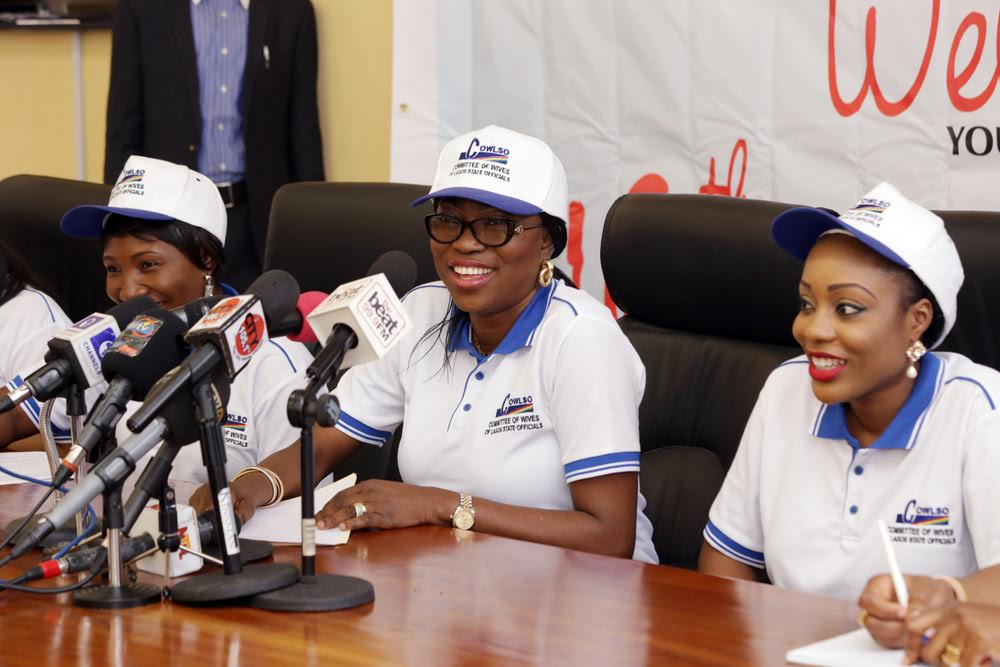 The 2019 edition of the National Women’s Conference, organised by the Committee of Wives of Lagos State Officials, COWLSO, will be declared open next Tuesday by wife of the president, Aisha Buhari, and wife of Lagos State governor, Dr. Ibijoke Sanwo-Olu.

The conference would be used to drive the ‘Greater Lagos’ agenda of Babajide Sanwo-Olu.

Over 3,000 participants are expected at the conference as against the 2,500 drawn last year.

Wife of Lagos state Governor, Dr. Ibijoke Sanwo-Olu, made the disclosure in a pre-conference press briefing at the Bagauda Kaltho Press Centre at Alausa, Ikeja, on Friday.

The theme of this year’s conference is: ‘Unlearn, Learn and Relearn: 21st Century Women’s T.H.E.M.E.S perspectives/approach’.

Dr. Sanwo-Olu said: “As it is the tradition of the conference to strategically empower women to contribute positively to the development of the state and Nigeria at large, this year’s theme was carefully selected in line with the vision and aspiration of the present administration in Lagos state to bring about greater Lagos of
our dreams.”

The governor’s wife said the theme is designed to re-orientate the people to do away with wrong habits, to begin to do the right thing by learning some new ideas “we are talking of totally overhauling of the people, to keep on teaching and re-orientating the people.”

She said eminent Nigerians and outstanding professionals have been lined up “to help our women come to terms with how best they can key into the emerging opportunities being provided by the government of
the day in Lagos.”

Although the conference is slated for 22nd – 24th October, Dr. Sanwo-Olu said activities marking the yearly event which commenced with the press briefing will include: environmental sanitation of some streets in Ikeja after the press briefing yesterday.

Other activities are: a visit by the COWLSO team to the children and post natal wards of the Lagos State University Teaching hospital, LASUTH, Ikeja and awareness walk on Saturday.

The conference, as usual, will feature lectures, dinner/gala night, inspirational woman of the year award, certificate of appreciation etc.

Igali congratulates Onyali on her appointment as SA to Sports Minister